Fantasy adventure and slapstick cartoon humor. Martin runs from dragons and bandits, while Marco tries to break out of a desert camp. The River Fox, volume two of The Dragon Lord Saga is now premiering one episode a week at Webtoons (also check out volume one, Martin & Marco). 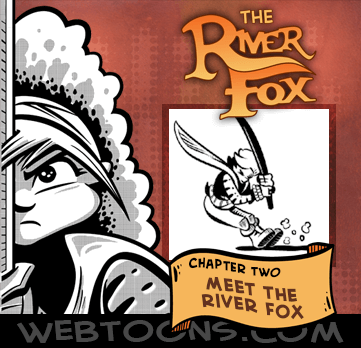 Chapter two of The River Fox is now available! Don’t forget to log in and vote and share with friends.

As cartoony as my comics tend to be, I often freehand my work . . . but it’s not uncommon for me to take a selfie to try to capture a certain facial expression, or scan a landscape photo and trace it for a background.

When I wanted to show Robin’s “nonverbal cues” in this chapter, I knew it would require some acting. So I put out the call to some folks in the Rabbit Room. Here’s what Peter Brunone, Kate Hinson, and Stephen Hesselman came up with: 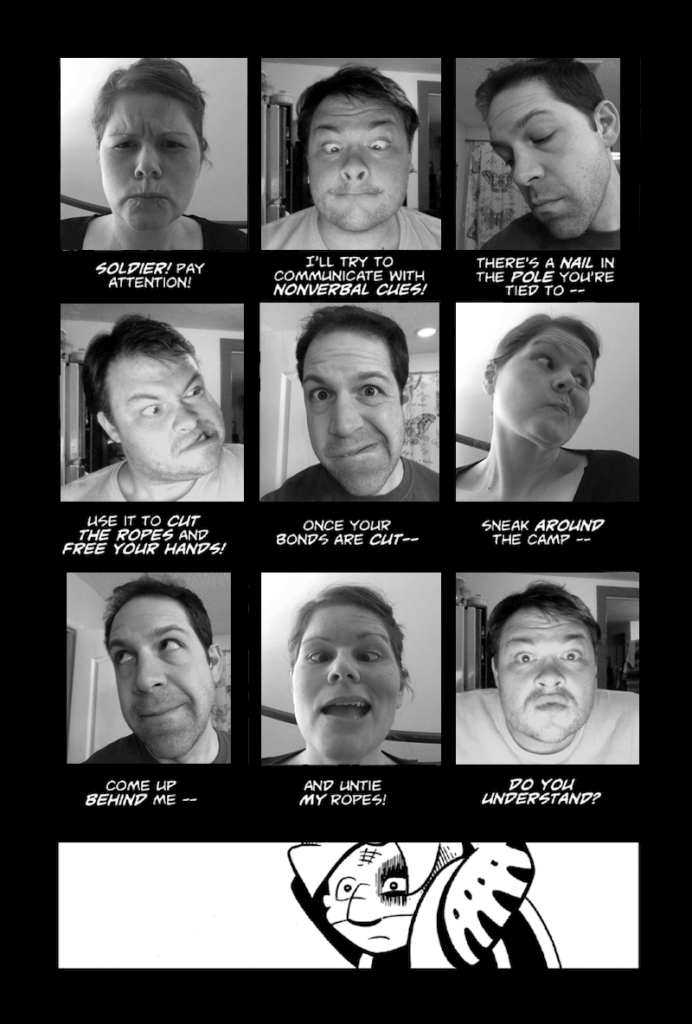 Someone get these folks an Oscar for Best Offscreen Performance In A Graphic Novel!