Art Stories: Michelangelo’s David – We Work with What We’re Given

“At the crucial moments of choice most of the business of choosing is already over.” — Iris Murdoch[1]

Michelangelo di Lodovico Buonarroti Simoni (1475 – 1564) said, “The sculptor’s hand can only break the spell to free the figures slumbering in the stone.”

The figure Michelangelo saw in the marble block that would become David is confounding. The shepherd is at the same time vulnerable in his nakedness and imposing in his size, standing over thirteen feet tall. One hand grips a sling, ready for action; the other hand is relaxed, cradling a stone. The warrior is alert but calm, equipped but patient, daring but confident. He stands in a way that conveys motion, as though he has just shifted his weight or taken a step. The sling and stone signal to us that David is looking at Goliath, who is about to die.

The shepherd’s hands, his torso, his battle-ready stare, his posture, and the overall composition of the sculpture seem to animate the block of marble. David is a living stone.

We work with what we’re given, and we live in a world of limits.

One of the things that makes this masterpiece so astonishing is that Michelangelo was not the first sculptor to take a hammer and chisel to this marble. Nor was he the second. In 1464, the city of Florence commissioned sculptor Agostino de Duccio to sculpt a statue of David to be part of a series of twelve Old Testament figures begun by Donatello in 1410. The city brought in a block of marble from the alps in northern Tuscany and Duccio began his work. But Duccio only got as far as roughing out the legs before his death in 1466.

Ten years later, another sculptor named Antonio Rossellino was brought in to pick up where Duccio left off, but for reasons unknown, he was soon removed from the project, and the work-in-progress sat unfinished for the next 25 years.

Then, in 1501, a twenty-six-year-old Michelangelo convinced the city officials that he should be hired to finish the sculpture Duccio started eleven years before Michelangelo was born.

When Michelangelo began, he had to accommodate the work of two prior sculptors, whose creative choices would determine, at least to a degree, how David would have to stand, which would, as a matter of course, effect everything about the end result.

How different would Michelangelo’s David have been if he began with a virgin stone? What artistic choices would he have made differently? Would that sculpture be as beloved as the one we’ve been given? We will never know, because that’s not what happened. Michelangelo was given a stone others had a hand in shaping.

Is this not a metaphor for life? None of us build upon an untouched foundation. Many people and their many decisions— for better or worse— have played a role in determining where our feet are planted. And the chances good that we are each in the process of shaping some aspect of a foundation upon which someone else will one day come to take their stand. Lord, have mercy.

These limits played a role in the creative decisions Michelangelo would have to make in order to draw from that stone the shepherd he had read about and imagined. Some of those choices had already been made for him. Had they not been, we would not have Michelangelo’s David. 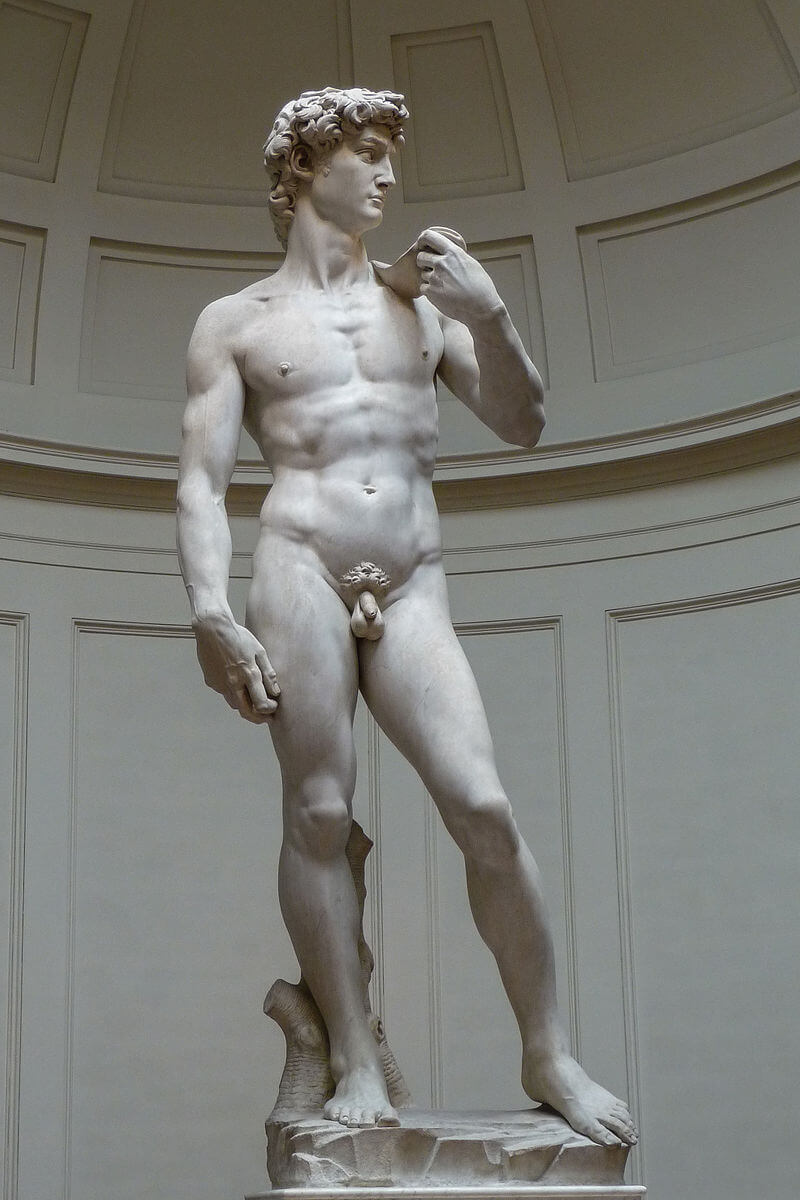