Art Stories: The Failure of Van Gogh’s The Starry Night

Van Gogh considered The Starry Night to be a failure. The stars were too big.

Vincent van Gogh (1853-1890) painted The Starry Night from an asylum in Saint-Rémy, during the daytime, from memory, one year before he took his own life. The painting came from what made Vincent so compelling– a mind ablaze with color, motion, and wonder.

The Starry Night belonged to a series of canvases he painted while in the asylum. In a letter to his brother Theo, he wrote of the series, “All in all the only things I consider a little good in it are the Wheatfield, the Mountain, the Orchard, the Olive trees with the blue hills, and the Portrait, and the Entrance to the quarry, and the rest says nothing to me.”[1] When bundling the series together to send them to Theo, he left three canvases out to save on shipping costs. Among those three was The Starry Night.

One reason the painting did not sit well with Vincent was because in it he intentionally experimented with a type of abstraction that was becoming increasingly popular in the art world. In other words, he was experimenting with what he hoped would be a more marketable technique. This felt duplicitous to Vincent even as he painted it. In a letter to painter Émile Bernard, he wrote, “I once or twice allowed myself to be led astray into abstraction, as you know… But that was delusion, dear friend, and one soon comes up against a brick wall… And yet, once again I allowed myself to be led astray into reaching for stars that are too big—another failure—and I have had my fill of that.”[2]

Vincent was captured by the sky. He painted it often, and spoke of it as being a way he communed with God and found some measure of peace for his tormented mind.

When Vincent looked at The Starry Night, he felt he had sold himself out by pandering to a commercial trend. The stars were too big. This distance he felt from The Starry Night is ironic, since this is the painting most people associate with him when they hear his name.

Sure I know Vincent van Gogh. He painted The Starry Night.

Another bit of irony here is that, though he did not personally sell this painting during his lifetime, his attempt to create something marketable turned out to be extremely successful. Show me a college dorm and I will show you at least a dozen prints of The Starry Night.

Vincent’s distance from this painting is such a common story among artists. How many songwriters, poets, painters, writers, and film-makers have in their catalogues work they either regret making or feel conflicted about? Perhaps it is a work that portrays a worldview or conviction the artist has since modified or abandoned. Or maybe they made something for commercial reasons, but never felt like it was a true representation of who they are. Or perhaps they created something with or about another person, and that relationship has since been severed or strained.

Take it beyond the fine arts into the common creative ventures of life— ideas about parenting, what a healthy marriage looks like, how a person measures success, what we believe deserves the best of our time and effort.

We have all gone down the wrong roads at times, chasing what we thought was best in the moment. We all have statements, wardrobe choices, opinions, relational pursuits, ways of interacting, and life choices we’ve made in our pasts from which we’d love to distance ourselves. And we’d be fools to think we’re not in the process of doing these things right now. We all have places in our lives where we’ve made the stars too big.

And yet, Vincent was captured by the sky. He painted it often, and spoke of it as being a way he communed with God and found some measure of peace for his tormented mind. Vincent was a deeply wounded man and in another letter to Theo he confessed his “tremendous need for, shall I say the word—for religion—so I go outside at night to paint the stars.”[3]

Vincent went on to say, “It would be so simple and would account so much for the terrible things in life, which now amaze and wound us so, if life had yet another hemisphere, invisible it is true, but where one lands when one dies.”[4]

Here lies another case of duplicity in Vincent’s heart. It seems he wanted the stars he painted to be smaller and his life’s work to be more realistic, but he also hoped that the sky he studied would go on and on into a vast and eternal splendor made for him.

May we all be so duplicitous. 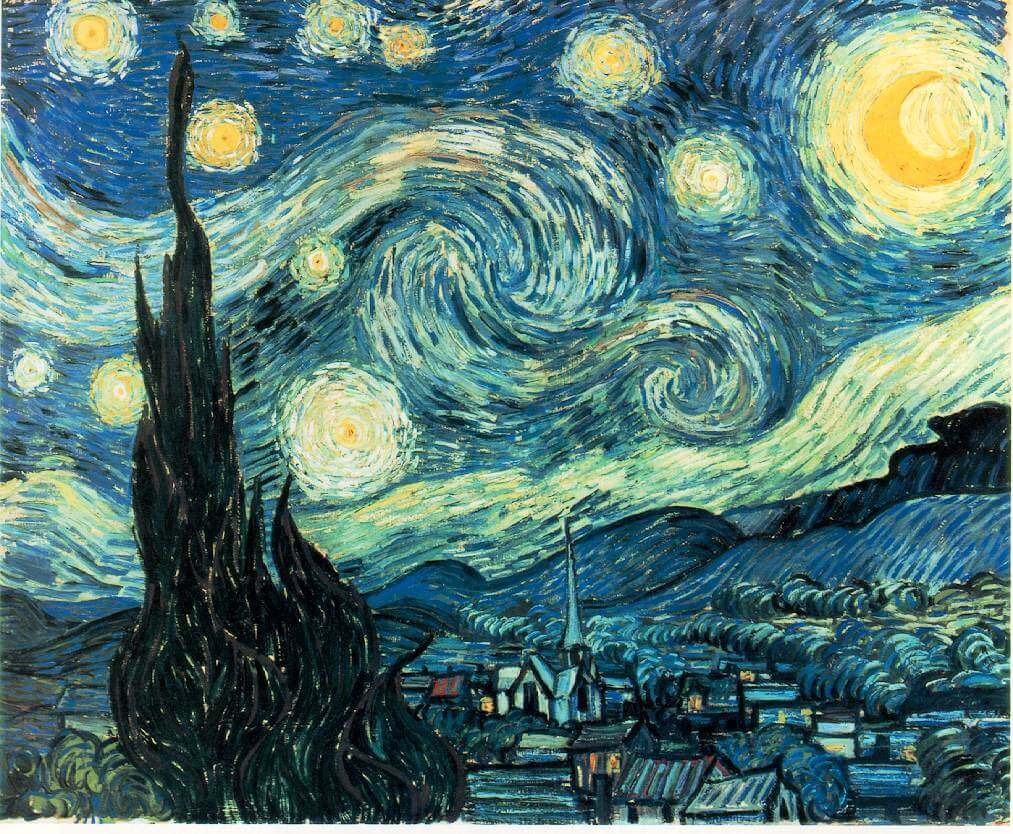