Song by Song: Far Side of the Sea

“When The Lightning Strikes”

I have, with very few exceptions, written my songs with guitar in hand. Going into pre-production with Gabe Scott (producer), this song had a typical swinging, up-tempo, pop feel. This song is a good example of why I could never trust myself to produce my own album. I am too much in my head, too rigid in my tunnel vision to be able to imagine one of my songs existing in any form or shape other than the way I first wrote it. However, I trusted Gabe.

He wanted to slow the song way down, and he took the only instrument I know—guitar—out of my hands. On thoroughly unfamiliar musical terrain, it morphed into an almost entirely new melody from the one I’d originally written, with sparse programmed synth, and more or less built around a background of soaring vocal pads (textures, layers).

Gabe, from day one, wanted me to try alternate approaches to FSotS. He challenged me to choose left turns, to deliberately not do what I’ve done on past records, in other words, to make myself musically, if not artistically, uncomfortable. This song was the introductory reconnaissance into what Gabe had in mind. I was not at all comfortable early on, but I was increasingly drawn to his less organic style of production. I found myself often bored with my old way of imagining songs.

I realized early on that “Lightning” would be the opening track. It seemed to be a musical departure for me, enough so that I wanted it to set the overall tone for the rest of the record. I’m familiar with being torn between two worlds, two homes: this present one, and one devoid of chaos, not yet realized. I think this is what the song is about.

And allow me to answer your question: yes, I did steal a car. I took a toy Matchbox Firebird from my neighbor without asking when we were playing in his room one day as kids. Later that night, I felt incredibly guilty, so the next day, instead of fessing up, I tossed the car over the fence into his yard. One count: petty larceny. One count: cowardice.

If my memory serves (it increasingly does not), I had a song start for this but nothing at all convincing. Early in pre-production, Gabe wanted to write together. One afternoon he took to the piano with a music/melody idea he had, and listening along I drew upon the early version of these lyrics from which he and I sketched out something altogether new—a song about change. Gabe made this a really beautiful piece.

One day my wife, Danielle, was cutting my hair (I’m too cheap to pay for a haircut), and as she was clipping around my ears I thought of Vincent van Gogh. All that blood, all the pain, the heartache, delirium, and disappointment. Seated on a stool, defenseless against the sharp scissor blades, I wondered how Vincent’s sad story might have been different were he loved unconditionally, had the litany of disappointments and his own rejected and awkward attempts at love found purchase. What if his sadness were reversed?

I’m drawn to Vincent’s paintings—the thick swabs of impasto gold, the deep Cobalt blue, the ochres, the vivid and slightly off-kilter subject matter. There are aspects of his sad drama to which I can relate: the deep disappointment of the non-echo of one’s art and work in the world, to repeatedly feel the gravity of indifferent reaction, to realize the hysteria of wanting not only to be liked but to be accepted, to feel valued and valuable.

In Irving Stone’s wondrous novel Lust For Life, the author describes the onset of Vincent’s mania, his succumbing to despair, and receding hope in such a beautiful, poignant way. In these brief scenes, the author gives us an image of the artist as if he were standing in a wheat field while a black cloud of feathers and chaos bursts forth, and Vincent shuddering and breathing crows in. It is as beautiful a depiction of depression as I have ever read.

Gabe’s production treatment on this song is probably my favorite on the record. He and I are both suckers for a pop song, and this one makes me want to drive with the windows down.

I’ve heard it said that men open their door each day to a field of failure. Things break, nothing works—not our tools, not our hands, not the soil—even the work itself fails. On my own, I try to be enough: for the world, for my wife, for my kids, for my art, for my career, even, God forbid, for God himself. Striving to be enough, and believing I could be, I fail. But amid the ugly tumult of my own decisions, deep hurt, wounds, and a relentless enemy, I seek refuge in the shadow of God’s wings until the disaster has passed. And it is there—only there—where I am enough, because he makes me so.

Staring at a black & white photograph I’d taken of a botanical garden gate, Adam and Eve walked into my mind. I considered them there, on the heels of their debacle and banishment, now on the outside of their Garden looking back in, barred from ever returning. I could feel their ache, their longing to return to the intimate fellowship they experienced with God on the inside. I thought of them, the gravity of their situation on their shoulders and hearts, standing there, hand-in-hand, trying to catch glimpses of their Lord, wondering where he was, what he was doing, whether he missed them at all.

My aunt was killed in a freak car accident in south Louisiana on November 29, 2011. I began writing this song that evening while trying to imagine the hollow, unimaginable sadness my uncle must have been experiencing at the sudden, tragic loss of his wife. A few months later I became acquainted with a father whose teenage son had died in his arms. In an interview the dad gave to bring awareness to prescription drug abuse, he recounted early days of playing hide and seek in their house with his young son, recalling how his boy would try to “sneak and surprise” him. Deeply grieving, the father would have done anything to get his child back, to breathe life into his loved one, to bring him back to the land of the living.

I wrote this from the perspective of Judas Iscariot: the bad guy, the villain, the apostate, the traitor. Knowing there is far more to his story than we could ever possibly know, I imagined Judas dropping everything, and following a whole-hearted Messiah around the eastern Mediterranean seaboard.

Judas surely harbored secret ambitions to achieve professional recognition and executive status in the coming, new administration. For three years, Judas followed Jesus, hearing him talk over and over again about a kingdom on earth. The idea of being exalted from a Nobody to a Somebody was alluring to Judas, so he waited, and he bided his time. But when it finally dawned on Judas that there would be no literal, physical Kingdom on earth during his lifetime, it must have wrecked his world—so much so that he wanted no further part in it. Unwilling to be a Nobody, Judas went and did what he did, betraying the very one who indeed transforms Nobodies into Somebodies.

“Where I Lost My Way”

Searching a photo I took of a pile of castoff bricks, I had an odd thought: what if a brick, long ago abandoned on a construction site and unneeded, standing helpless, was left to ponder its fate and lack of purpose in the world.

If not to achieve fame by adorning the façade of a building, how, with hope and trust, and the release of control, might an overlooked brick find joy in a new purpose—a repurpose—on the ground, laid in symmetry alongside its brothers, guiding mortals along a path from Point A to Point B. As a person who is, admittedly, addicted to misery, it is a daily exercise for me to choose joy, to be grateful for not only my life, but for my small, if not insignificant, place in the world.

In some ways this song summarizes the theme of the entire album: abandoned, forgotten objects with stories to tell. It takes two to tell a story. A listener is always required. In the same way histories were once passed down orally, we have secrets—doubts, fears, shame, desires, crushing memories, burdens—that, unless we share them and speak them, unless we drag them out into the light, we unwittingly carry them as anchors, as butcher voices that seek to eviscerate our hope, to convince us we are worthless, that our secrets, however shameful, are better kept in the dark.

The great irony of vulnerability is that in admitting weakness we find unexpected strength. That’s how I imagined a rusted door I came across years ago. Wearing a worn-out crown, it awaits the day when we will all remove our crowns and lay them at the feet of a Savior who bore every burden, was rejected, experienced all of Hell and its isolation, and is the one who deserves them.

I suppose it breaks social decorum to compare marriage and parenthood to a wheelbarrow, but that’s the origin of this song. As most of the songs on the album are derived from photographs I’ve taken, the image of multiple wheelbarrows lined up, chained together, some leaning into the other, all soiled from use brought to mind the exhaustion and thanklessness of being a parent.

I get that some folks take to parenthood gracefully, easing in as if wading into warm, placid, Caribbean waters. For me, fatherhood was like plunging into the shockingly cold North Sea, and then having some cold-blooded maniac explode underwater mines nearby as I tried to tread water. I was not a man who cutely adored, and adapted to, parenthood.

From day one, I have had to fight against bitterness: at the feeling of being torn from my wife, at having to give away my life to a tiny, helpless, pooping, intrusive, and needy human being. If you’re a parent, you’re aware of this tearing, and aware of the submission to monotony, to repetition, to endless and thankless tasks. It’s humbling. I salute you if you do it with grace and dignity. Parenthood, like nothing else, brings out the saint and the monster in me.

While looking at the photograph of wheelbarrows, exhausted and leaning into one another, I considered my relationship with my bride. There have been many nights where we have had little or nothing left to give either to our children or, sadly, to one another. We collapse into each other. And as far as I can tell, that’s the way it’s intended to be, this act of emptying ourselves over and over and over again. 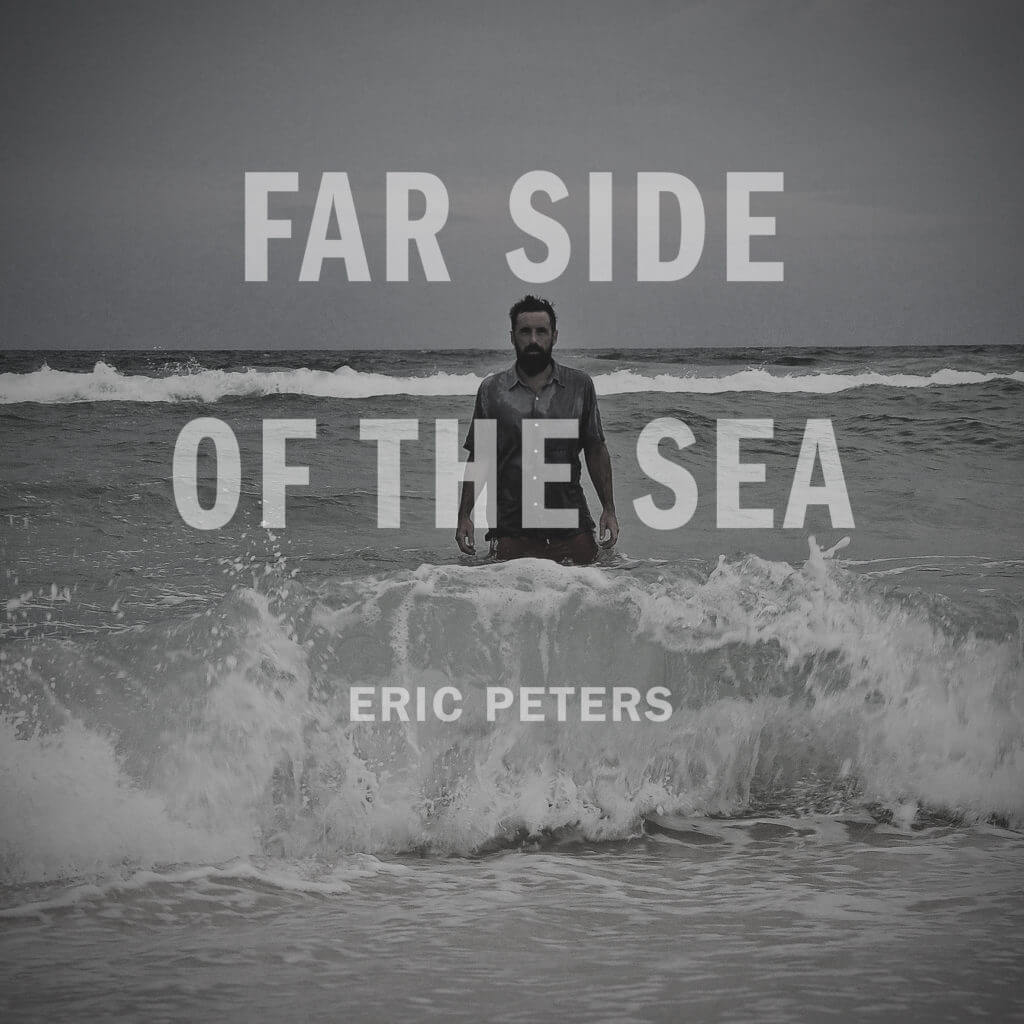