Giovanni Paolo Panini (1691 – 1765) was an artist and architect who specialized in painting vistas of ancient and modern Rome. He was known as a vedutisti, a “view painter.”

As a young artist, Panini studied perspective and topography, which he applied to his renderings of Roman architecture. Over the years, Panini repeatedly painted many of the various landmarks and ruins of Rome, and from many angles. One historian wrote, “To satisfy tourists’ demands for his paintings, Panini regularly repeated subjects yet always retained his spontaneity by varying composition and details.”[1]

He shows more than a world which has these places in it. He shows us a world that is home to creatures who can learn to do what he has done.

Panini’s art had a function— to depict Rome as she was, and as she had been. His modern work was very precise and true to the Rome the people of his day knew. His paintings of ancient Rome, however, were more embellished and nostalgic— imagining the ruins in their better days.

Panini produced so many scenes of Rome that he could paint aspects of the Parthenon, Michelangelo’s statue of Moses, the interior of Saint Peter’s Basilica, and many other places in the city from memory.

The volume of art Panini produced is hard to imagine. His Modern Rome and Ancient Rome, however, give us a hint. They depict the artist standing with François de Choiseul-Stainville— the Duke of Choiseul, who commissioned these two paintings— and several others, in a spacious gallery filled with a large collection of pictures of Rome. Modern Rome and Ancient Rome are what we might, these days, call “meta.” They are paintings of paintings of sculptures and architecture— art which depicts art which depicts art.

Much of today’s art is expressive— work designed to evoke a feeling, communicate an idea, or stir a thought. But before these days of photography and technology which allow us to see the world from a screen on a phone we carry in our pockets, people relied on artists like Panini to capture a place and it’s beauty so that men and women across the continent could see more of the world they inhabited without having to travel. His work is functional art. Brilliant, functional art.

Panini doesn’t try to manipulate our emotions through drama, facial expressions, or suggestive interactions between the figures in his paintings. He lets the confounding intricacy and technical precision of what he has created do its work on us. He shows more than a world which has these places in it. He shows us a world that is home to creatures who can learn to do what he has done.

Consider what Panini had to learn in order to perform this service.

And here’s a question if you want to interact: what are some examples of functional art today? 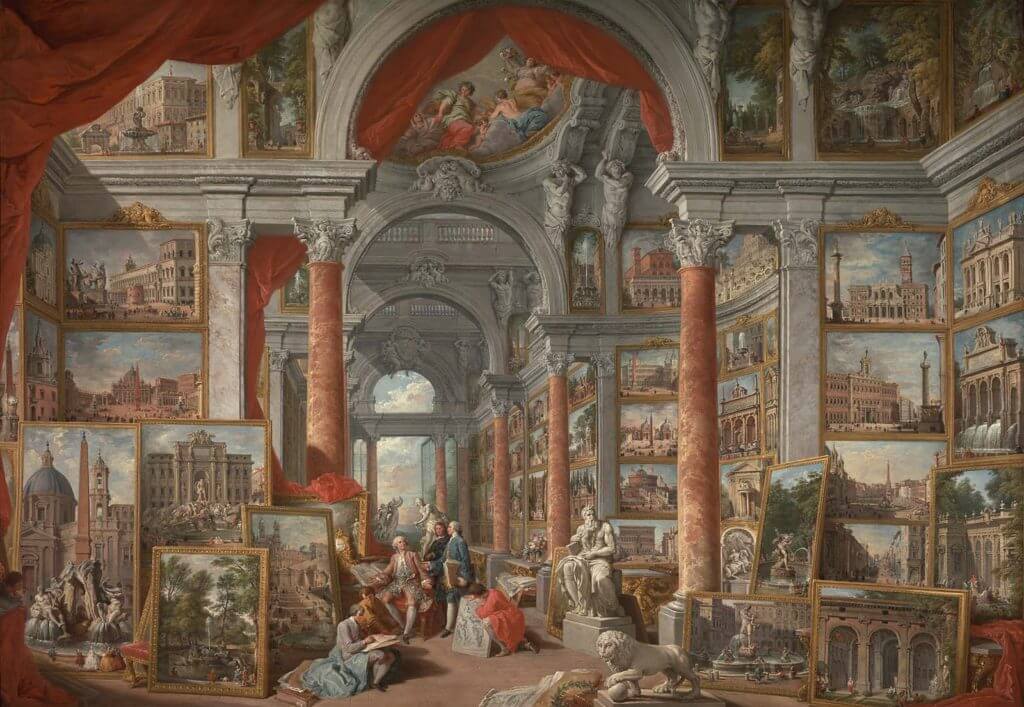 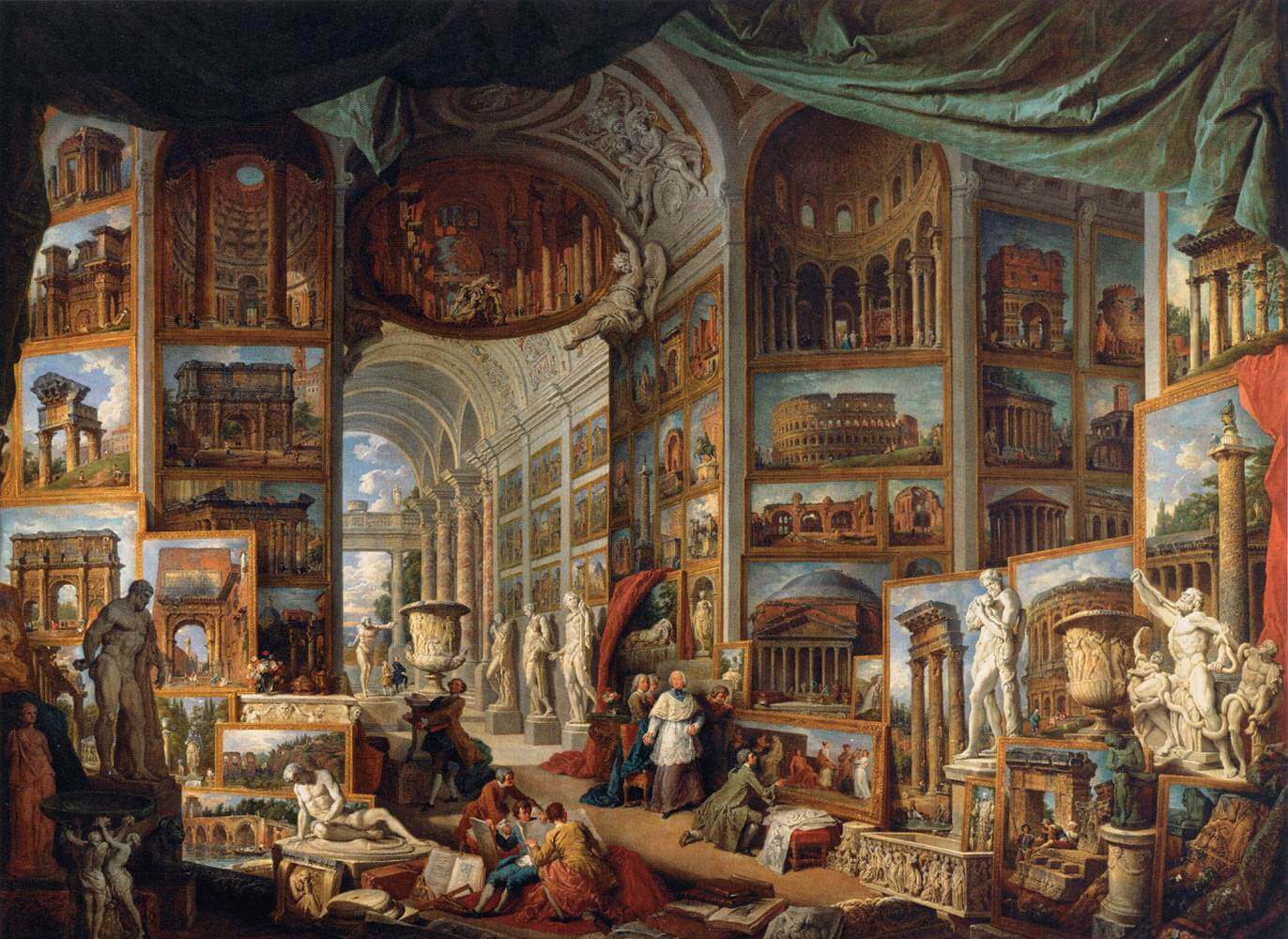