The Inklings, Diana Glyer, and the Art of Community

Several years ago I played a gig with the great Phil Keaggy, and he told me he had just read a book about the Inklings in which I was mentioned. Of course, I would like to say my first impulse was to disbelieve it, but my real first impulse was to buy the book and read it cover to cover. Well, it turns out there was nary a word about me in the book. Either Phil thought I was someone much cooler (which is probably what happened) or I misunderstood him altogether and he actually said something like, “I just read a book about the Inklings and you might like it.” This is what is known as a “delusion of grandeur.” So it is with some embarrassment that I admit that my first introduction to Diana Pavlac Glyer was due to my own sinful desire to be the kind of person mentioned in Smart People Books.

If you want to write good books, good songs, good poems, you need some talent, yes. But you also need good friends. You need fellowship. You need community.

The redeeming part of this little anecdote is that I actually loved the book, and at least some of the Rabbit Room’s existence owes itself to Glyer’s writing. The book was called The Company They Keep, and was a thoroughly researched and very well-written study of the Inklings’ influence on one another. Having read quite a few books by and about C. S. and Warren Lewis, Tolkien, Williams, Dyson, Barfield, and the rest of that crew, I was familiar with what seemed to me a strange claim made again and again that the Inklings didn’t really influence one another much. So much has been made of the Inklings that some of its members have downplayed the meetings and pointed out more dissonance than resonance.

It’s easy for Americans like me, who are almost maddeningly intrigued by the romance of that famous fellowship, to idealize the Inklings—to imagine that the meetings were all chummy chortles and pipe smoke, pints of beer and chin-stroking, heady conversation and magical recitals of what are now classic works of literature. The Inklings were human, after all, and they lived in the same tired old world that we occupy, bearing the same weaknesses and wounds in varying degrees. The meetings were probably more sporadic and less inspired than we like to think. The story is a good one: Christians getting together in the name of friendship and good books. It piques an almost mythic longing in many of us. Who wouldn’t want to be a fly on the wall in one of those rooms? For that matter, who wouldn’t want to be a member of that inner ring?

Glyer’s thesis, contrary to some academic works that claim too much has been made of the Inklings’ influence on each other, is that the very nature of friendship, of nearness, of interaction, guarantees influence on their work. Like it or not, the famously grumpy and immovable Tolkien simply had to have been affected by his relationship with Lewis, and his work must have been affected, too. It was Glyer’s book where I first grasped the idea that The Lord of the Rings probably wouldn’t exist if not for C. S. Lewis. Yes, it was Tolkien’s God-given genius that wrote the masterpiece, but it was C. S. Lewis’s encouragement that nudged Tolkien along and convinced him that the public would care to read it. Friendship matters. Encouragement, resonance, accountability, and criticism were crucial ingredients that went into the feast of Middle-Earth.

One of the central tenets of the Rabbit Room is that art nourishes community, and community nourishes art. And to me the profound thing about that idea is that the friendships—the heart-shaping relationships, the Christ-centered community—will outlast the works themselves. Glyer’s book makes a strong case for the influence of the Inklings on one another, imperfect though it was. If you want to write good books, good songs, good poems, you need some talent, yes. You also need to work hard, practice a lot, cultivate self-discipline, and study the greats. But you also need good friends. You need fellowship. You need community.

That’s what we’ve been saying around these parts for years, partly because Phil Keaggy mistook me for someone else and I stumbled into the wealth of widsom in The Company They Keep. 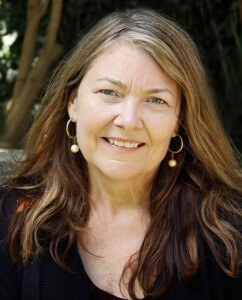 Diana Glyer has written a new book called Bandersnatch: C. S. Lewis, J. R. R. Tolkien, and the Creative Collaboration of the Inklings, which is a wonderful distillation of The Company They Keep. She digs deeper into those same themes and offers fascinating insight into what makes a creative community tick.

And that’s why I’m pleased to announce that Diana Glyer is our Hutchmoot 2016 keynote speaker. One of the biggest questions we wrestle with year after year is, “How do we foster this kind of community when we get back home?” I have a feeling Diana’s going to get us a lot closer to answering that question. In the meantime, be sure and head to the Rabbit Room Store and pick up a copy of Bandersnatch, and prepare to be inspired. 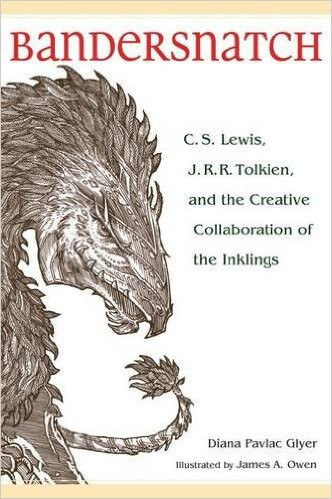