Art Stories: The Song and the Spear

Rembrandt’s David Playing the Harp to Saul is a painting of a kingdom being torn in two. It could be your kingdom. It could be mine.

Light comes in from the upper left, showing Saul looking down with suspicion on the young man who has come to play his harp to soothe the king’s anxiety. Saul was a cornered man. The look of distrust on his face and the spear in his hand signal what is about to happen. We know that on at least two occasions, Saul threw that spear at David as he played (1 Samuel 18:10, 19:9).

King Saul is large and imposing, armed with his spear, draped in layers of regalia, and adorned with gold. David is hidden, represented only by his hands and his harp—which is to say, David’s presence is represented here as the music he is playing.

Saul is the robe and spear. David is the song.

Saul summoned David to play his harp because the music calmed the king. What troubled Saul was the fear of losing his throne. This was why he needed to be comforted. The irony here is the young man who played the soothing melodies would also be the one to depose the troubled king and assume his throne.

King Saul must have been a deeply frustrated man. He had the title and the power, but he did not have the Lord’s blessing or the people’s hearts. Saul wore the robes of power, but David was the song creeping into Israel’s heart. Did David’s music ever lull the king into a sense of resignation that his reign was already over? To Saul’s ear, did David ever play anything but sad songs?

I can think of few situations that trouble the heart more than being in a position we know is passing away— a role not meant for us, a season that is not ours to keep. Such frustration can turn a desire to serve and love into a desperate scramble for control.

I relate to Saul. I have never governed a literal kingdom, but I am always trying to build one. And I know the kingdoms I am most inclined to construct are the sort God will oppose. I know what it feels like to adorn myself in what I hope will command respect. But under those robes trembles a frightened child who is terrified of losing what he has tried so hard to build.

The music floats in the air, a lilting tune that softens the creases in my brow and eases the tension in my shoulders. The melody becomes familiar— even known. And it comforts me.

So why, then, does my grip still go tight around the spear? 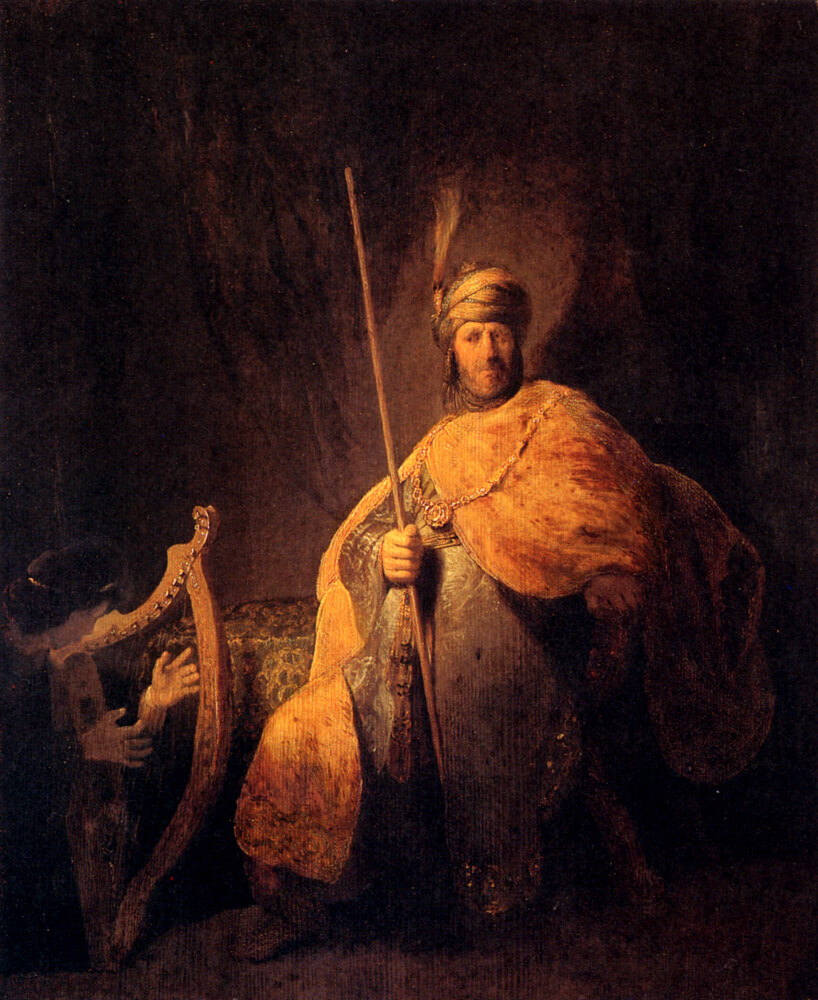