Jeff Taylor and I have finished a duo record, with lyrics written by Rebecca Reynolds, called Trouble Go Down. It’s due for release on October 21st. Jeff is an amazing musician on piano, accordion, and other instruments, and it’s been a thrill to make this record with him. Trouble Go Down blends instrumental arrangements of gospel from 1800s hymnals, new hymns with old souls, and contemporary acoustic music, mixing bluegrass and piano-based gospel roots.

Several years ago Jeff and I were playing with Buddy Greene at The Cove, Billy Graham’s conference center in Asheville, North Carolina. One morning Buddy said, “Hey, guys, play some hymns as people are walking in.” Jeff kicked off one after another with his stellar piano playing as I joined in on guitar. It was a beautiful time, and afterward we both said, “Let’s record some of these!”

We recruited Rebecca Reynolds, co-writer of my Walking Song record, to write lyrics for some original gospel songs to mix with the instrumental hymns. The idea was to write several new songs that sounded like they could’ve been written 150 years ago, and one or two contemporary-sounding melodies.

Along with my vintage Martin guitars and banjo (and a bit of bouzouki, even), and Jeff Taylor on piano, accordion, pump organ, and whistles, Trouble Go Down has Stuart Duncan on fiddle, Tim Crouch on fiddle/strings, Sierra Hull on mandolin, Barry Bales and Mark Fain on bass, and John Mock on bodhran.

Alight Thou In Me features a guest lead vocal by Ellie Holcomb, with vocal harmonies on other songs sung by Ellie, Suzanne Cox, Jeff, Jay Forbes, and Lisa Forbes. An entire Rabbit Room/Square Pegs congregation fills one of the last songs, His Love Will Bear You On, and Andrew Peterson’s daughter Skye sings the lead vocal.

Preorders are available through the Rabbit Room store; if you preorder you’ll get three songs now: Trouble Go Down, Everything Broken and Everything Beautiful, and ‘Tis So Sweet To Trust In Jesus. 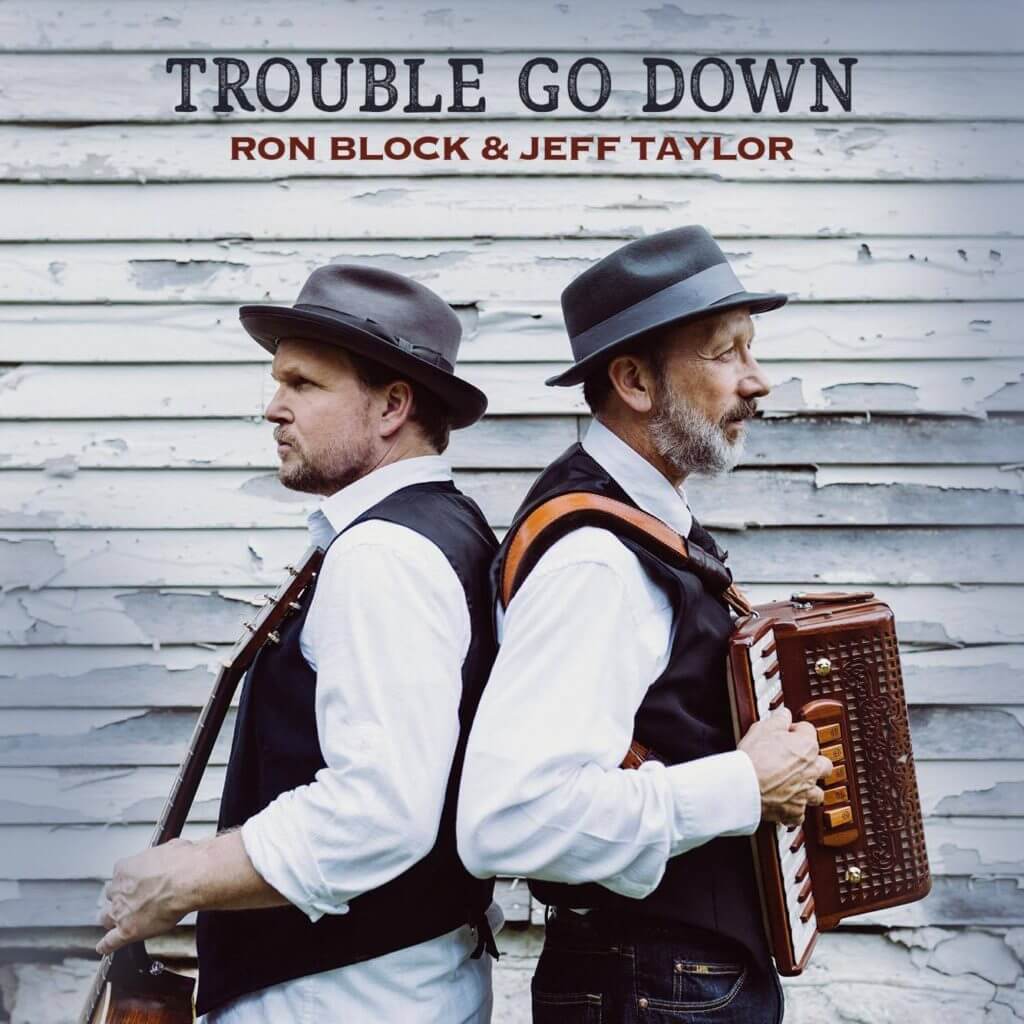 Winner of 147 Grammys (or so), Ron Block is the banjo-ninja portion of Alison Kraus and Union Station. When he's not laying down a bluegrass-style martial-arts whoopin' on audiences around the world, he's taking care of his donkey named "Trash" and keeping himself busy by being one of the most well-read and thoughtful people we know.