I’ve got two children I like to call my own—for clarity, I’ve no other kids from whom I withhold that distinction, but I do enjoy calling my boys, Axel and Oslo, my own.

Also, I have a favorite. And before you bludgeon my phone with Brené Brown pull quotes, you should know my youngest isn’t even a year old. He’s a smiling, dripping lump of dough. I’d die for him—but that’s all.

No, the one who intrigues me right now is Axel. Not because he’s a feisty, twisty-tressed little redhead who inherited his look from an elfin enchantress two generations back, but because the kid likes words. He likes how words mean. And when I tell him the meaning of a word he’s discovered, I adore how he looks off and silently tests the word on his lips—this time with the meaning entwined with the shape of the word itself. In that moment, that thing which was once an arbitrary arrangement of breath and anatomy suddenly sparks to life. And he jars it like a butterfly and places it on a shelf in his mind, until just the right moment when he lets it fly.

Releasing words into the wild is what delights this boy, and, I suspect, creation itself. I joyfully theorize that every child of God who is writing, speaking, and finding new and wonderful ways to say, is adding to the potential for life. Creation has within it a deep intention to be grown, to be cultivated, to be perfected, and to flower with expression.

We’re developing ways to create positive encounters with great literature and placing those encounters earlier into our kid's lives, starting around ages 4 or 5, in step with other influences.

When I met my wife, Wendy, she was working with at-risk young women in Los Angeles, teaching them how to organize their thoughts creatively and expressively so that they’d have dominion over them—and not the other way around. It was some of the most affirming, life-giving therapy I’d ever seen. Part of her process also entailed introducing these yet-unbloomed youth to the world of great writing, at which point she’d almost always rummage for Whitman, Dickenson, Browning—still some of her favorites.

When I think of my sons as future young men, probably at-risk for any number of things, I take a modicum of comfort in the fact that they’re being raised in a home where the ability to reach higher on the bookshelf is one of the thrills of getting bigger. With some guidance, it is there that they will expand their menu of words and meet great men and women—I’m speaking of authors here—who have learned to arrange and tender their words for life and livelihood, and, if it’s not too grandiose to suggest, for the continual cultivation of our world.

And perhaps to restore what was inadvertently pruned away.

If you’re over 35 you’ll get this more readily—but some generations back, before this age of omg and brb, it was assumed that every child learning to read would view great literature as something to strive for. It was a fair assumption because the tastemakers of the day esteemed great literature and viewed it as source. 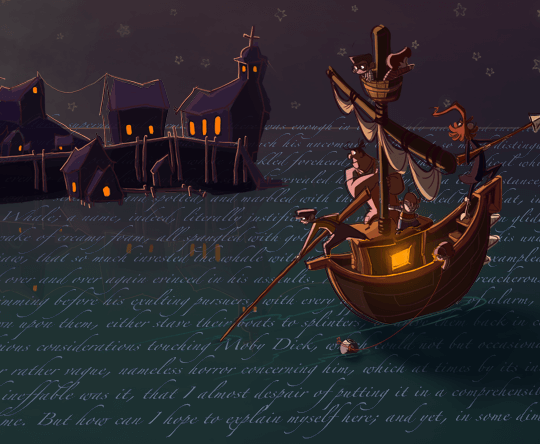 I remember my mother talking about how much she and her sisters ached to get new books into the house. Thicker books. Books with chewier ideas. It was a feast she’d say. I remember sitting with her from time to time and watching DVD’s of some of her favorite comedians—Bob Hope, Jack Benny, Groucho Marx—and I was amazed how often their cultural references were literary! Hemingway, Twain, and Dickens!

Entertainment options aside for minute, the difference between that generation and ours is surely one of values. But I think it’s just as accurate to say it’s one of taste. Our media enterprises, moment by moment, teach us what to like, cultivating our tastes from the very moment we’re able to ingest. I’m sobered by this because these tastes are almost antithetical to the experience of literature or slow reading—and also to the intentions of most parents whose dollars are, ironically, the financial lifeblood of media.

It’s worth saying that I’m not anti-progress. Don’t assume I don’t value the expedient exchange of ideas in short form utilized by ingeniously manipulated electrons. I do. It has power. But if our values—let’s call them our appetites—don’t place Instagram properly within the cultural bedrock, it slowly, inadvertently becomes the bedrock. And no matter how the written selections from which we draw our references, words, and ideas may be whipping around at light speed, the menu is getting thinner. Thinner in step with our tastes.

Over the past few years, my wife and I have become so compelled by our culture’s loss of literary appetite that we’ve begun to find a sense of place in advocating for the books and words being lost. Specifically, we’re developing ways to create positive encounters with great literature and placing those encounters earlier into our kid’s lives starting around ages 4 or 5, in step with other influences.

That work has culminated in a book series called A Better Book for Bax, which we hope to bring to market under a brand called Bax Classics. You can find our Kickstarter here, and I encourage each of you to consider stepping into the fray if these concepts resonate with you. With only a few days left in the campaign and less than a hundred backers, it’s hard to imagine our vision coming together as originally planned. But these things take time I’m reminded. The taste for a little book about big books isn’t inherently part of our culture.

Steven relocated his family to Nashville from Los Angeles where he provided story development and punch-up writing to a number of film and video game producers. He has no individual Facebook account, a 1996 AOL account in mint condition, and a LinkedIn account in sore need of updating. You may reach him there with only moderate delays. He and his wife, Wendy, are the producers of Bax Classics.