Wayne Brezinka and the Pipe Dreams of a Doofus

Six months ago, I did something insane. My wife was out of town for a writer’s conference, and I packed the kids up and drove two and a half hours to Nashville to go to a “Mixed Media Art Workshop for Beginners,” taught by Wayne Brezinka. It’s important to know that I’m not an artist. I can’t even draw stick figures. But I’d seen Wayne’s creations and I was so captivated by them that I wanted to try my hand. I packed some old books that I didn’t mind destroying, some newspaper, scissors, and a ruler. 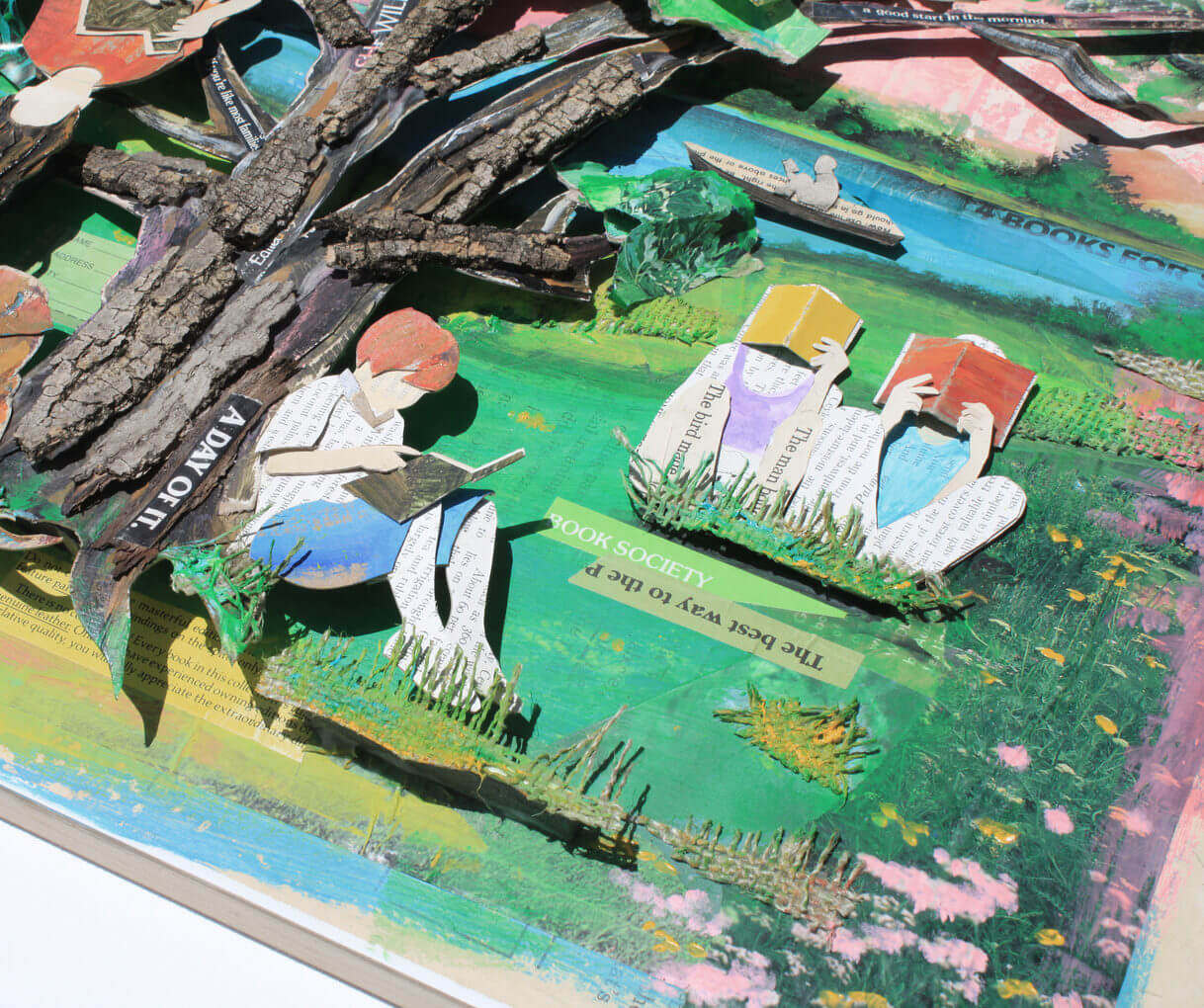 An aside: The internet is wonderful for many things. It’s the entirety of human knowledge, and you can hold it in your hand (it’s also great for watching hilarious cat videos). It is not, however, the prime mechanism for observing the art of Wayne Brezinka. You can gaze at pictures of Wayne’s art all day, and you’ll be impressed by them. But until you’re in the presence of one of these life-affirming, boisterous, somehow-more-than-three-dimensional sculptures formed from cereal boxes, Mod Podge, found objects, and echoes of genius, you haven’t really seen them.

So after dropping the kids off with an accommodating aunt and uncle, I drove to the workshop. Wayne’s studio is a little like Willy Wonka’s world of pure imagination, except that, instead of a chocolate river and candy trees, there’s an endless supply of, well, supplies. And even for one who isn’t artistically inclined, it’s impossible to be uninspired. Because, you see, when you’re working with mixed media, art supplies can be literally anything. The tables were old and paint-splattered. The room was redolent of glue and coffee. Wayne’s welcome was warm [Editor’s note: and alliterative apparently.].

Many of my classmates were real artists, men and women who absolutely knew what they were doing. But whether they had taken the workshop before, or they were just natural talents, everyone was kind to this novice. Wayne began with some guided tasks; some warm-up exercises to get used to the materials. Then we all collaborated on a project — we mixed not only media, but ourselves and our artistic voices.

Then, nestled quietly in between heavy-duty “nose to the grindstone” sessions, Wayne took us away from our tables. We sat together and he taught us the history of the medium. This was fascinating stuff, but then Wayne went even further. He poured out his soul to us, and he told us about how art saved him in his darkest hour. When his world was shattered, he made something miraculous out of it. So to hear the story, and then see the art that came from it… well, that was special.

Our final project in the workshop was to make, from scratch, something that was important to us. I made a pipe. My pipe came from hymnal pages, a piece of wood I found outside, tissue paper, and various other odds and ends. It’s nothing magnificent, but here’s the thing: I made it. It didn’t exist before, and now it does. Here’s a picture of it. 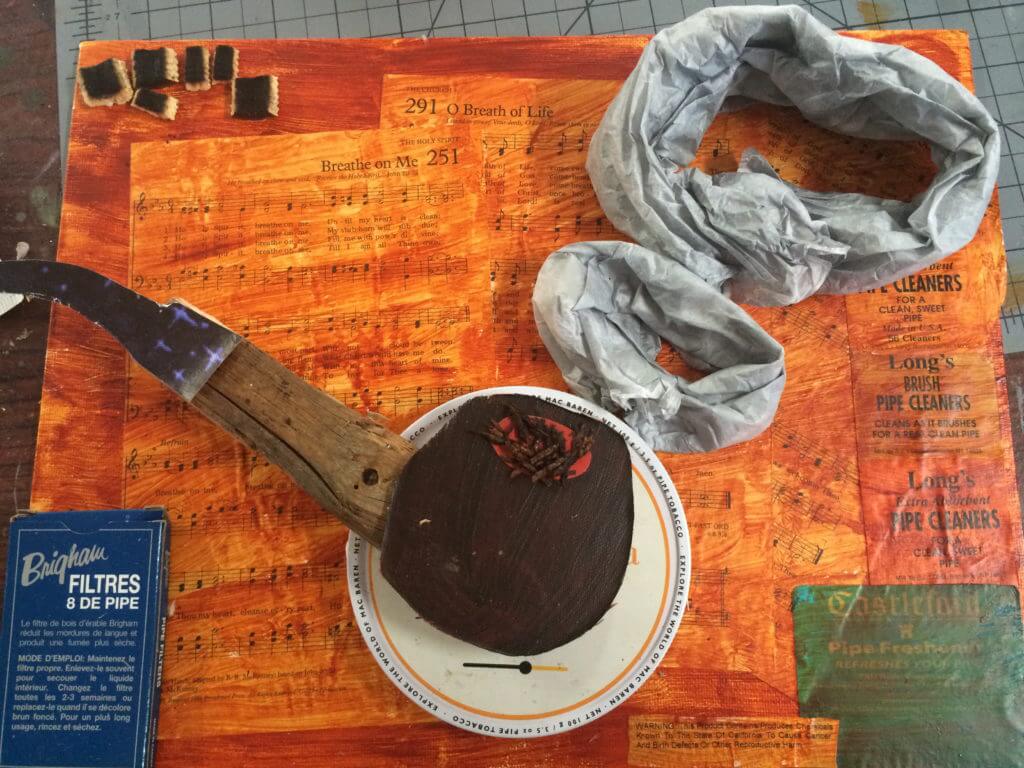 Wayne Brezinka is offering another Mixed Media Workshop for Beginners the Monday after Hutchmoot (October 10). Whether you’re an artistically inclined person or a stick-figure-drawing doofus (like me), this Workshop will show you the world like you’ve never seen it before, and then allow you to remake it for yourself.

Click here for more information on Wayne Brezinka and his work.

John Barber is a music lover, film nut, husband, and father. Last year he set out to watch 365 films in one year, and he lived to tell about it. That means he's seen more bad movies than we even want to think about.