“It is a dangerous thing to open a door. But that, after all, is the only way to find an adventure.”

Pre-orders are now open for Henry and the Chalk Dragon, a new novel by Jennifer Trafton, with illustrations by Benjamin Schipper.

At Hutchmoot, folks got an early look at this new title from Rabbit Room Press (and a few folks even got to read it). It’ll be available on April 4th, 2017, but it’s available for pre-order only in the Rabbit Room Store. All pre-ordered books will be signed by the author and shipped in early April.

Henry and the Chalk Dragon

In the town of Squashbuckle, just about anything can happen, and when Henry Penwhistle draws a mighty Chalk Dragon on his door, the dragon does what Henry least expects—it runs away.

Now Henry’s art is out in the world for everyone to see, and it’s causing trouble for him and his schoolmates Oscar and Jade. If they don’t stop it, the entire town could be doomed!

To vanquish the threat of a rampaging Chalk Dragon, Sir Henry Penwhistle, Knight of La Muncha Elementary School, is going to have to do more than just catch his art—he’s going to have to let his imagination run wild. And that takes bravery. 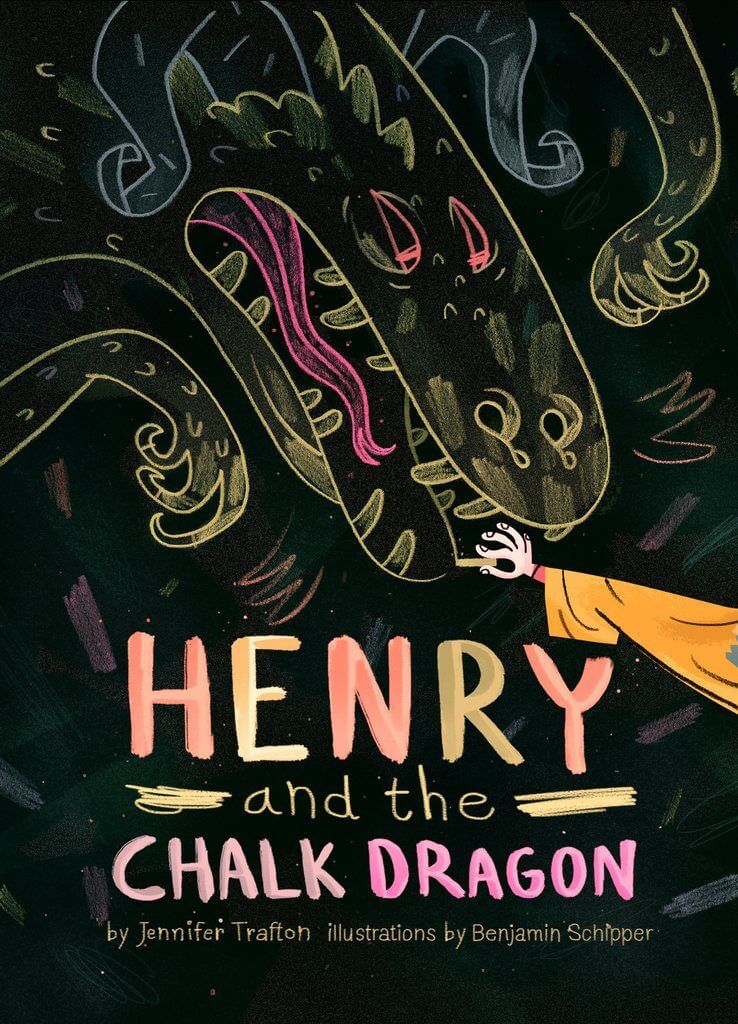