Our Favorite Movies and TV Shows of 2016

While admittedly none of us have seen Silence yet, here’s a list of some of our favorite movies and TV shows of the past year.

Movies and TV Shows We Loved

Moana – This is the only Disney film I’ve ever returned to see a second time at the theater, and I’ll pay eight bucks to see it a third time, if I get the chance.

Doctor Strange – So, I didn’t like that the Wise One was a white woman. When Cumberbatch finally made it into the secret smarty-smart-place and I realized the palest of all caucasians was the mongo-spirit-guru, I felt like the viewer’s trance was broken. Still, it was good to see “Sherlock” humbled and reborn. I liked this film quite a bit. If you have to choose between Beasts and this one, choose this one. Also, read Jeffrey Overstreet’s interview with director Scott Derrickson. It’s phenomenal.

Doctor Faustus by Christopher Marlowe (The Globe Theater version with Arthur Darvill (Rory!) – This was released in 2013, but I am guessing that many of you haven’t seen it. This is the best DVD of a play I’ve ever seen. (Though Branagh’s Hamlet comes close.) Since watching it, I’ve bought several more Globe Theater productions, hoping they would live up to this new standard.

Westworld – It’s hard not to want to follow along with HBO’s newest hit for the concept alone (I’ll let you, dear reader, do the heavy lifting of Googling this yourself.)

Black Mirror – For me this is the best and certainly the bravest show on television. Each episode is a standalone parable that reveals to us the perils of technology and culture within stories that are completely entertaining and thrilling. It’s brilliant and daring and harsh and I’ve loved every minute of it.

Rectify – One of the best dramas in TV history wrapped this fall. You’ll never see another show that allows each character to develop like this one. Filled with moments of subtle beauty.

Kubo and the Two Strings – If you must blink, do it now. Studio Laika has handmade their greatest film yet—a tale about of the power of storytelling and the power of family. Instantly one of my favorite films of all time.

10 Cloverfield Lane – I love classic Alfred Hitchcock thrillers, and sometimes a film comes along that gives me those same kind of chills. Much better than Cloverfield.

Fantastic Beasts and Where to Find Them – This new visit to the wizarding world ignited my imagination with its full-hearted, period-piece, wonder-filled exploration of magic in 1920s New York City.

The Night Manager  (BBC) – One of the best BBC short drama series’ I’ve seen for a long time—gripping from the first episode.

Poldark, Season 2 (BBC) – I was fully prepared not to like this series but I couldn’t help myself. Great period drama with plenty of twists and turns.

Swallows and Amazons – As someone who was raised on the original Swallows and Amazons, I was nervous about the remake. This new version is full of adventure and innocence, set amidst the beauty of the Lake District. The ultimate seal of approval came from my 10-year-old who spontaneously started a round of applause in the cinema when it ended.

Kubo and the Two Strings

Rogue One: A Star Wars Story

[Editor’s note: Apparently, Eric doesn’t get out much—as his first, second, and third pics all testify.]

Hell or High Water – I’m a sucker for westerns, and this is a great one (though set in 2016). It’s about a couple of bank robbers on the run from the law (and one amazing waitress “What don’t you want?”), but it’s so much more than that. Beautiful, thoughtful, important. This is why I love movies. 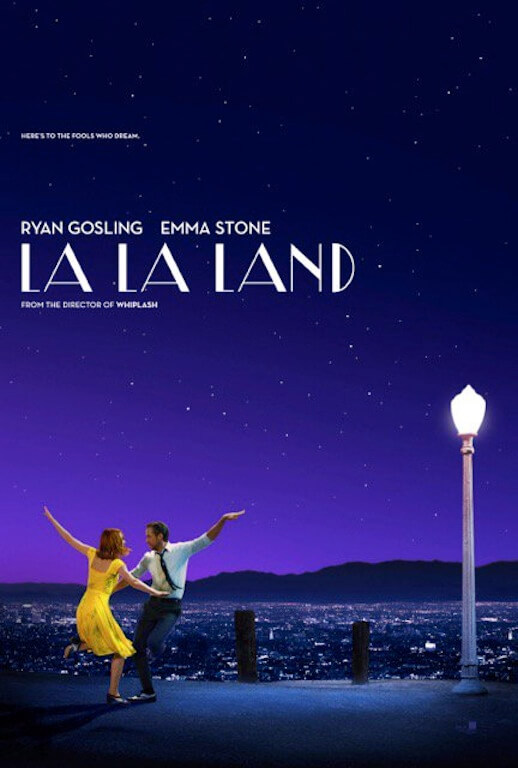 The Crown – This show won television. Give it all the awards. Amazing writing and acting. Someone needs to invent new Emmys to give to John Lithgow.

Sing Street – This is the best movie of all the movies. I don’t even know where to start. Just watch it. No one can hate this movie and retain his own soul.

La La Land – I honestly don’t know how to rate this against Sing Street, because it’s also the best movies of all the movies. La La Land came out of nowhere and instantly became one of my favorite films. I think it might literally be a perfect film. It’s pretty rare that I see a movie and wouldn’t change a single frame. Absolutely cinema magic. See it a thousand times before it leaves the theater, because the magic won’t be the same on a TV. 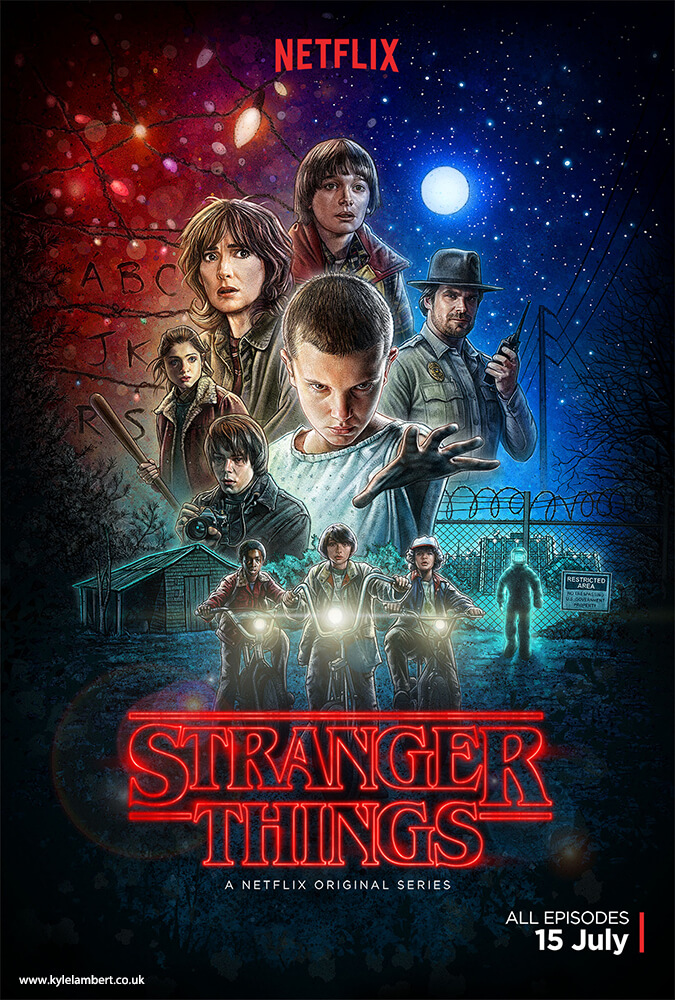 Kubo and the Two Strings

Far From The Madding Crowd – Every scene, setting, and shot of this powerful drama is exactly why cameras were invented. Gorgeous.

Captain America: Civil War – Being a huge fan of Marvel Cinematic Universe films, this was easily the most fun for me since The Avengers, and a terrific movie-going experience to find yourself torn about just who’s side you are on.

Big Eyes – I never knew much about artist Margaret Keane or her insane husband Walter Keane before seeing Big Eyes. The story and performances are fantastic. As an artist, I can only imagine how awful Margaret’s life under Walter’s control must have been.

Doctor Strange – I’m ever a fan of reality-bending storylines and flawed, conflicted superheroes.

BFG – I loved this, and I’m still waiting for a movie of Danny, the Champion of the World.

Wodehouse in Exile – P.G. Wodehouse captured by Nazis and used for propaganda. I don’t know how accurate it is but it is well-acted, charming, and moving. Loved it.

Sing Street – SO much fun. A tribute to the music that changes our lives with a lot of heart and a fantastic soundtrack. Maybe I’m still excited because I only saw it a few days ago, but I’m pretty sure it’s going on my short list of all time favorites.

Moana – I’ll admit, I’m a lifelong Disney kid, and I’m so happy their animation is making a comeback. Moana’s tropical world is beautiful on the big screen, the songs are delightful, and she’s the sort of hero princess I wish I’d known as a kid. Also, evil coconut pirates. 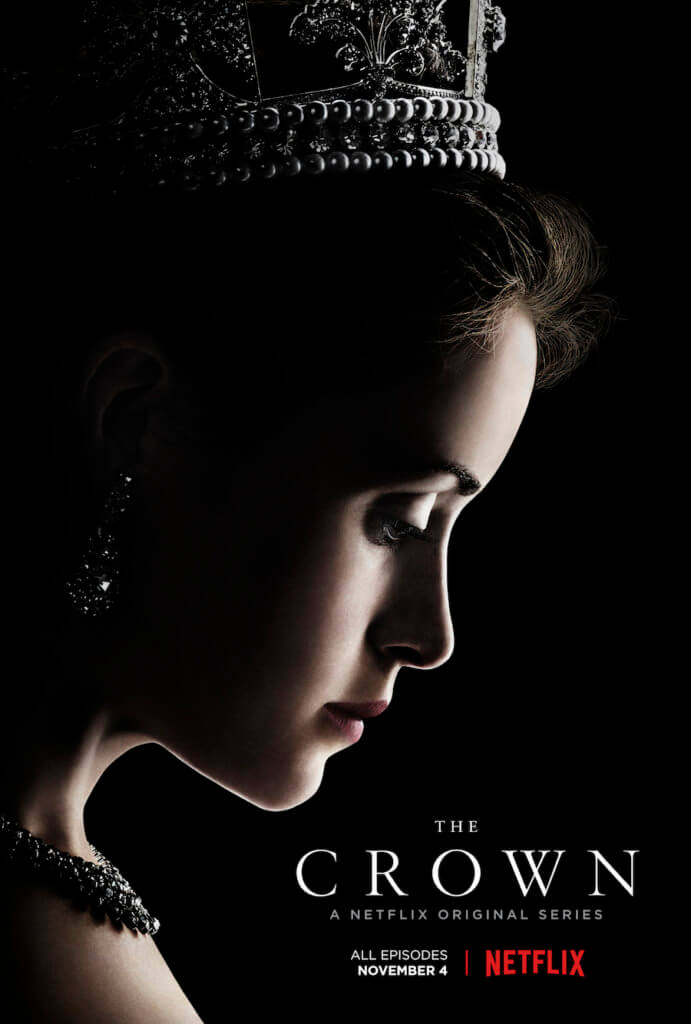 The Hunt for the Wilderpeople

I love The Hunt for the Wilderpeople because it is right up my alley. I love La La Land and The Crown because they aren’t up my alley but I loved them anyway. I could say the same for Sing Street, which receives honorable mention on my movie list.