And to wrap up our “best of” lists for 2016, here’s our favorite musical discoveries of the year.

Ron Block’s records are always so much fun. He’s a genius. You know that.

I’m always grateful when I get the chance to hear what the Rabbits are making. Thank you for filling my year with your passion, creativity, and honesty. I love you all so much.

This was my first year watching opera, and I greatly enjoyed popping over to the cinema to take in the Met’s live broadcast of Turandot. If a theater in your area provides this service, it’s definitely worth your time and money. I also loved this more cinematic online version of La Boheme. Anna Netrebko is marvelous (as always). 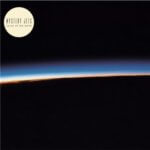 Love and Hate by Michael Kiwanuka – Just listen to the groove of this title track. There’s zero chance you don’t go back and hit repeat.

Curve of the Earth by Mystery Jets – As a lifelong sucker for UK rock and roll, it’s hard not to love the latest from Mystery Jets who’ve recorded an album that brings together most of the region’s finest rock influences into one cohesive effort.

Painting of a Panic Attack by Frightened Rabbit – Scotland’s gloom rockers have never sounded so good. 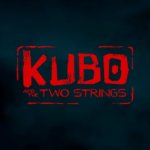 “While My Guitar Gently Weeps” by Regina Spektor – from the Kubo and the Two Strings soundtrack. The Beatles, Studio Laika, and Regina Spektor. Three of my favorite things in one song. And oh, that shamisen! This is my jam.

“We Know the Way” by Lin-Manuel Miranda – from the Moana soundtrack. This song stirs up Moana’s love of the sea in my heart. I consider this song one of the most beautiful declarations of the identity of the church I have ever heard.

“When I Don’t Feel Like Singing Anymore” by Eilidh Patterson – from Grown-Ups Need Lullabies Too. The lie: when my strength fails, I fail. The truth: I am not alone. You are not alone. We are not alone. 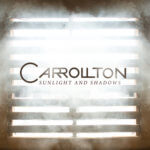 Heart by Audrey Assad – I was not familiar with Audrey Assad until she was announced as the special guest at Hutchmoot. This album has quickly become one of my all time favourites.

Sunlight & Shadows by Carrollton – The hopeful, almost defiant feel to this album was exactly what was needed on so many occasions this year.

The Burning Edge of Dawn by Andrew Peterson – Okay, I didn’t discover this in 2016 but the title song in particular became an anthem in a year of uncertainty.

Of Dirt and Grace by Hillsong United

Something More Than Free by Jason Isbell 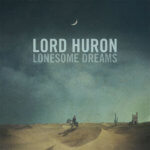 Lord Huron – Still the most evocative writing my ears have heard.

Bruce Hornsby & The Range – Yes, from the 1980s/90s, but it’s hard to argue against good song after good song. 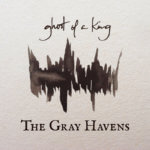 Ghost of a King by The Gray Havens – This album blew me away this year. So lyrically rich and musically fresh. I love everything about it.

Frightened Rabbit – This is the first time Matt Conner was right about music. These guys are fantastic. Way better than Radiohead.

Audrey Assad – 2016 was the year I became a fan, and her Hutchmoot show was one of the highlights of the year. I want her to sing me to lullabies every night.

(in no particular order)
Interlude by Treehouse Wait 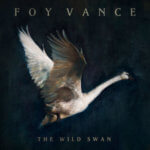 The Desired Effect by Brandon Flowers

The Wild Swan by Foy Vance

Ghost of a King by The Gray Havens

Only the Lonely by Colony House 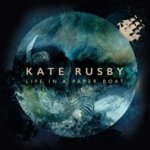 Life in a Paper Boat by Kate Rusby – I reviewed this here.

Le Quintette du Hot Club de France by Django Reinhardt & Stéphane Grappelli – If you’ve never heard this music, it’s like having a party of quintessential gypsy jazz players from the 1940s traveling through your speakers. C. S. Lewis believed in reading old books as well as new. I believe the same is true of music, otherwise we might be living in a tiny modern musical fad-bubble. 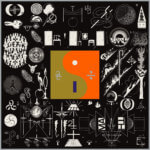 Inheritance by Audrey Assad – Audrey Assad gives a fresh, reverent take on hymns beloved and lesser-known, with powerfully written original songs mixed in. One of my go-to worship albums of the year.

22, A Million by Bon Iver – I expected something way too weird and inaccessible, but 22, A Million is yes, weird, but surprisingly melodic and moving. Fragmented poetry, scraps of sound, and otherworldly vocals combine for a record that you feel more than you understand, and somehow it all works.

Hard Love by Needtobreathe – One of my favorite bands meets my not-so-secret love for big synthy pop sounds. I listened to this record a ton over the summer.