Getting Ethan (Week One)

Once upon a time, before I was a cartoonist, I was in college.

My first major ventures into cartooning were a distillation of what stuck with me from college – the friendships, the uncertainty, the weird mini-adventures around town, the late-night video game binges eating cereal. For five years, I captured those feelings in a quirky webcomic strip called Getting Ethan. And now I am rebooting it.

Each week, we’ll be collecting that weeks’ strips in a Rabbit Room post. Here are the current week’s comic strips, along with three teaser comics I did to ramp up for the release of the new comic. 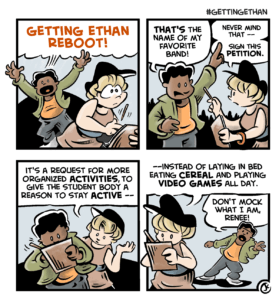 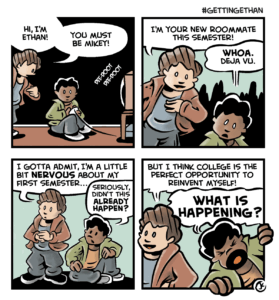 And now, the teasers: 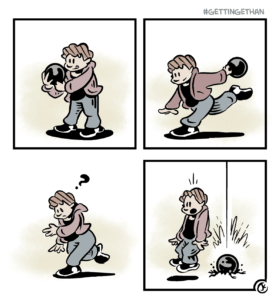 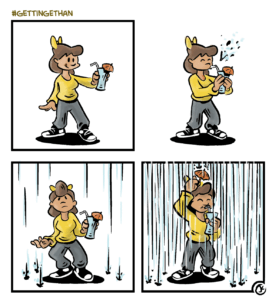 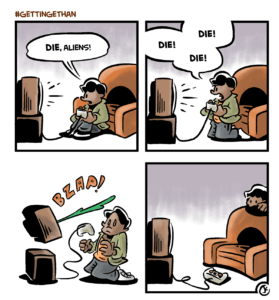