There’s a little white church building in Connecticut that for many years has hosted concerts by me, Jason Gray, Andy Gullahorn, Eric Peters, The Gray Havens, Jill Phillips, and many more. It’s called Community Coffeehouse, and it’s run by some of the kindest New Englanders in the world.

One of those New Englanders is a bonafide sculptor named Scott Lee Johnson. I visited his studio a few years back and marveled at the pieces he had made, many of them intricate, artful religious scenes like you’d see in Italy (the header image above is one of his pieces titled, “Jesus and the Homeless Woman”). A few years ago, Scott gave me one of the best birthday gifts I’ve ever received. He called and said that he wanted to drive it down—all the way from Connecticut!—and was a little vague about what it was. I knew he was a sculptor, and so of course I was deeply intrigued. Well, when he showed up and unveiled the gift, I literally gasped. Then I got goosebumps. Then (of course) I got a lump in my throat.

This is what he gave me: 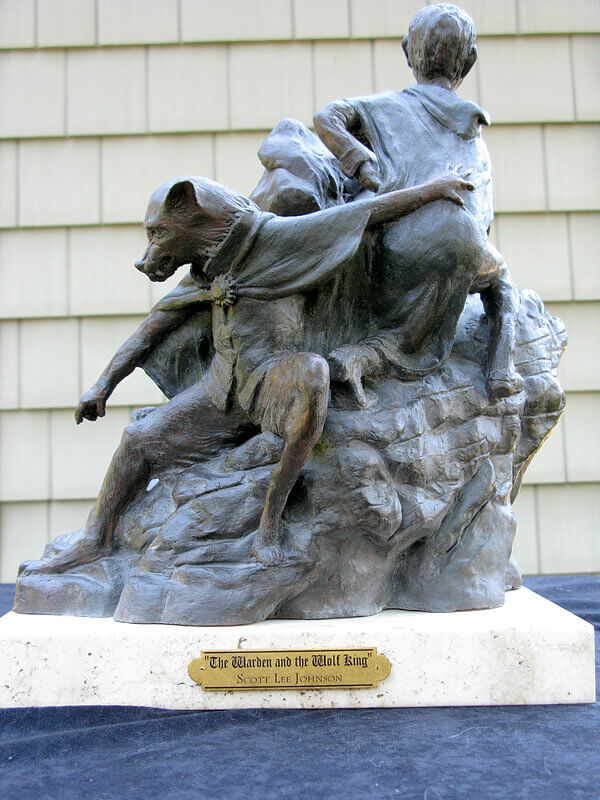 I don’t want to spoil anything if you haven’t read the Wingfeather Saga, but this is Janner and a certain Gray Fang, from a scene in The Warden and the Wolf King. A priceless gift, and I’ll forever be grateful.

But that’s not all. Scott went on to create four more pieces—two bookends, the first of Peet the Sockman walking on his hands (from book one), juxtaposed with the other of Artham Wingfeather cradling that same Gray Fang in his arms (from book two). It’s a picture of Peet’s transformation into the protector he was always meant to be. And here’s the awesome thing. These pieces are small enough that he can cast them and make a set JUST FOR YOU. 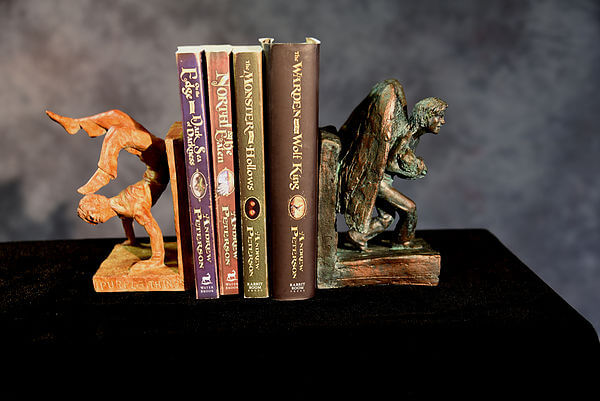 But that’s not all. Scott also made a bust of the intrepid bibliophile Oskar N. Reteep, which makes an excellent addition to anyone’s library wall—and this one is also for sale, along with a small “sketch” version of the Warden and the Wolf King sculpture I mentioned earlier. 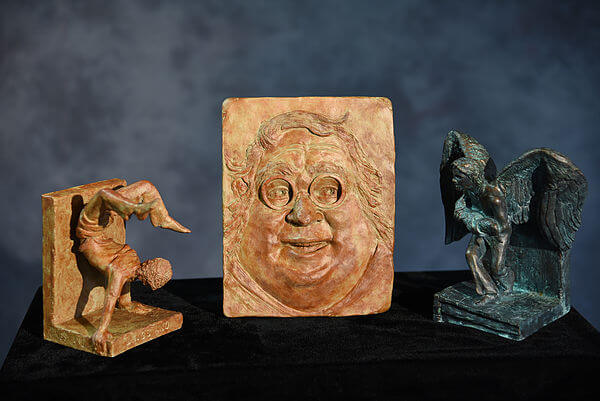 Check out Scott’s website here, and support him by placing an order for these ultra-rare and lovingly made tributes to the Wingfeather Saga. I know Scott poured a lot of heart and time and skill into the crafting of these pieces, and it shows. Thank you, Scott, from the bottom of my heart, for making these pieces. It’s an honor.