Comparison Is The Thief Of Joy (A Tattoo)

I am an artist. I am a singer. I am a songwriter. I am a musician. I am a poet. I am an author. I am, however, also married to Joe Sutphin. The end. 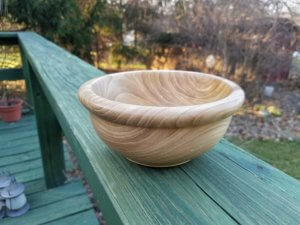 For many years, that would have been the end of this article. I’m sure some of you are in a similar position and I hope to encourage you by shedding some light on the dynamics of our situation.

As a child, I would hide away for hours acting, singing, reading, and writing. Then, as the years passed, adult life began to squeeze those things into smaller and smaller increments of time. Adding to the pressure was the fact that I was a young, single mother of two small children. Being all things to these two little lives demanded all my energy and emotional resources. And then, I married Joe.

Joe was young and I’m sure got much more than he bargained for. He entered into the role of father, husband, and provider all in one gigantic step. His talents were some of the very things that drew me to him. However, jumping into the middle of a full-swing family began to press and limit his time for those things as well.

During the early years of our marriage, we played in a Christian rock band together. That served as a great outlet for artistic expression. He had basically stopped doing art all together, even though I was encouraging him to pursue it. But the pursuit of anything takes time. Eventually he began working on a novel. Juggling jobs, our family, the band, and his writing began to be too demanding to keep up with. The constant challenges of practicing, hunting for shows, and keeping band members finally pushed us to make a hard choice. We made the decision to eliminate the band from our lives, at least for a time.

I continued supporting his efforts in art and writing. On rare occasion I would draw a small sketch. Perhaps I’d spend a few hours on my belly in the grass drawing a wild strawberry flower or a daisy along the stream. But for the most part, my creative outlets were few and far between. 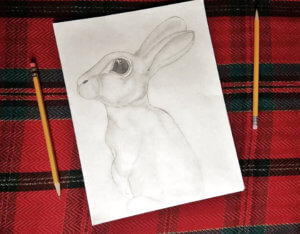 After several years the book was finished. The only response we received from publishers was one polite “Thanks but no thanks.” We self-published to have some copies, sold a few, gave a few away, and then shelved the project.

Joe was still pursuing art and eventually we joined the worship team at our church. We took on the role of being leaders on the team. We either led worship or played on another leader’s team almost every Sunday. I also took on running the church café. In my world coffee qualifies as art. So for a time I had several creative outlets again.

This continued for years and I honestly could have gone on doing it forever. But it was not to be. There came a time when we needed to step back, to sit and rest for a while. Church work can be very hard and we were dealing with extenuating circumstances in our own lives. Suddenly we became people who just showed up on Sunday mornings and sat in our seats. No more leading people in worship for three services every week. No practices or picking songs to match the message. No working with team members and helping them grow in their understanding of worship. No more shopping at multiple stores every week to find deals on café snacks. No training new volunteers on coffee equipment. No standing behind the counter talking with church goers week after week hearing their stories and trials. I fell into a void, a listless void. I was aimlessly drifting.

At the time, we still had our day jobs. Joe was pursuing art and I was supporting his efforts. He was beginning to get more work in that area. Even with more time on my hands, I just couldn’t find the old me. I didn’t recognize the woman in the mirror anymore. She felt foreign. Joe attended Hutchmoot alone and the following year I joined him. It was such a strange and overwhelming experience. As the weekend progressed, I began to have the feeling that I was remembering myself. It was like a distant voice calling to me from the past. I recognized that voice as my own.

In the year that followed, I made attempts to reconnect with that girl I used to be. There had been so many years of surviving the demands of life while supporting Joe’s dreams and talents. It was a hard habit to break. I may fancy myself an artist in many ways, but it’s difficult to describe the inner conflict you experience when partnered with someone who is better at everything you ever thought you were good at.

In the middle of the demands of life, desires to do anything creative can quickly be crushed by thoughts that say “Why bother?” There’s also the struggle of handling the supporting roles that make life function while constantly watching your partner receive praise for the fun things you’d rather be doing.

Further complicating our situation is my personality. It’s a bit of a quandary. I’m very logical and practical, yet also very artistic. These aren’t typically characteristics that go together. The logical, practical side of my mind puts the most energy where the greatest benefit will be reaped. In our world, artistically, that equates to putting my support behind Joe. But after Hutchmoot I began to rethink some of this way of life that I had become numbly accustomed to. I felt that maybe I had been too quick to chalk Joe’s talents up to being better than mine. The truth is that our talents are just different. Since not everyone likes the same thing, differences are important in satisfying the diversity of artistic tastes and preferences.

The following year I attended my second Hutchmoot. I found myself in a session by Jeffrey Overstreet.  He began by saying “I have a friend who has a tattoo. It reads “Comparison is the thief of joy.” That is exactly what I had allowed. I have to work at things that are seemingly effortless for Joe, so I had stopped seeing my talents as valuable in comparison to his. I had let my own attitude defeat myself. This was a reality check I needed. I’m sure there are others out there that need it as well, so I’m opening up our world for a little glimpse inside to show you that you are not alone. 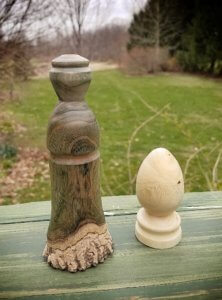 Over the past couple years I have begun to reconnect and find value in my own artistic expressions. I’m relearning how to enjoy the things I’ve always enjoyed. In that process, I’m gaining new skills and more creative knowledge. I’ve taken on learning woodturning. I’ve also received my Master Gardener Certification through my local Department of Agriculture. I’m writing again and have contributed to the Master Gardener newsletter. I’m become more disciplined about spending time at the piano. But most importantly, I’ve been relearning how to appreciate me and who God made me to be. 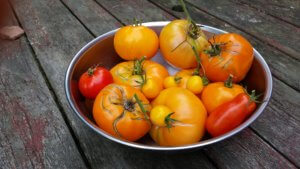 That same year at Hutchmoot, I sat in a session where Chris Slaten quoted Sara Groves. She said “For some people, I will be their songwriter.” Joe will likely be an illustrator to the masses, but for some people I will be their writer, their wood turner, their gardener. The best part is that now I am completely okay with that. I’m even content when “some people” is only an audience of one: me.

P.S. (Literally an hour after I wrote this article, Joe was looking through a book illustrated by Bill Peet.  Joe said, and I quote “When I look at his stuff I feel like I don’t have any idea what I’m doing. I feel like I don’t even know how to draw.” The feelings are normal. We all have them. Don’t allow them to become a lifestyle.)