Once a month, our resident comics expert Jonny Jimison will weigh in on a graphic novel you should add to your library! Comics are more than superheroes, explosions, and ever expanding universes. There are imaginative stories, beautiful art, and compelling characters to discover hanging out in the graphic novel section of your favorite bookstore. Here’s Jonny . . . 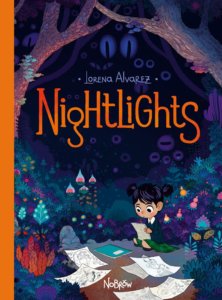 Why We Love It: Imagination is a powerful, magical force—but the more I understand that, the more aware I become of the ongoing battle for the control of its limitless power. Offered to God and sparked to life by truth and beauty, our imaginations light up the night—but there are dark forces fighting to warp imagination into a self-serving, self-destructive perversion. Nightlights by Lorena Alvarez is the story of a young girl named Sandy who faces that battle for the first time.

And what a battle it is. When the attack is parried—when the enemy fails to control my imagination on his own terms—he has other strategies. One is convincing me that flights of imagination aren’t significant, but frivolous and unimportant. Another is getting my imagination hooked on the addictive affirmation of others. Both of these attacks are addressed in Nightlights.

These are heavy, heady concepts, but Alvarez delivers them in entrancing, thoughtful, lovely, horrifying, wildly inventive images. This is cleverly constructed, cinematic visual storytelling that carried me on a wide-eyed journey and left me thinking and growing.

Adults, read this book before showing it to children. It doesn’t pull punches, so it might not be for younger readers. And your imagination will appreciate this story too— as a reminder of the battle you’re in, and a reminder of what you’re fighting for.

It’s a reminder of the wild, joyful power of the imagination you wield. 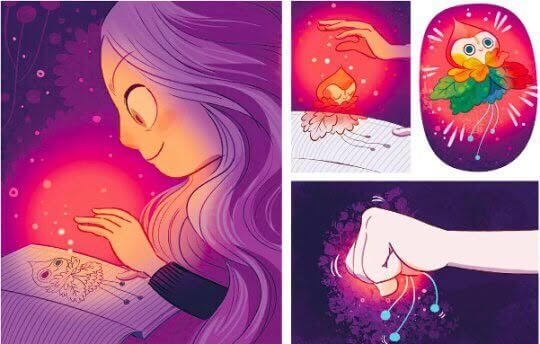