The first time I met Randall Goodgame we were sitting on the floor at my brother’s house (in Watertown back then) when Andrew convinced Randall to pull out his guitar and play a song. He played what is still one of my favorites,”Charlie Robin,” and I’ve been a fan ever since. Over the past 15 or 20 years I’ve watched Randall grow and change as a songwriter and I’m always excited about what he’s working on next—well, almost always.

Several years ago, once the Slugs & Bugs albums had become a thing, I asked Randall what was next. His face lit up and he said something like “I’ve got this idea, and I think maaaaybe it’s going to be AWEsome” (if you know Randall at all, you can imagine the exact look on his face as he says this). I told him to get on with it and he said, “It’s going to be called Sing the Bible.” Then, with Shatner-like pauses between words, he told me, “and every song is going to be word-for-word Scripture.” At this point I think he bit his bottom lip and pumped a fist at me like he’d just pwned a middle-schooler at ping-pong.

I stared blankly for an awkward moment as I tried to figure out what was happening. 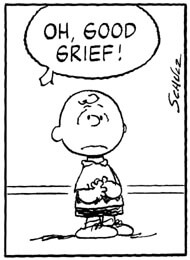 Because I’m a terrible Christian, this “Sing the Bible” thing sounded like the most boring idea in the world. Randy! I wanted to tell him. You’re a brilliant songwriter! You wrote that Peanuts song for goodness sake! And the one about Sylvester (not the cat), and Shoeshine! And now you’re going to let hacks like Matthew, Mark, Luke, and John be your lyricists? Fie!

Thankfully, all that got stopped up in my brain and what came out was “Huh. That sounds great, man.” I don’t know whether or not he was able to read the doubt on my face, but I know it was plainly there. I’m pretty sure this makes me a terrible friend.

So a few months went by, and before long he was in the studio with Ben Shive working on the record. In those days Ben and I shared office space, so I was behind my desk in the back corner while the rest of the building was full of music most of the time. This is a super fun way to keep your office work interesting. And as I sat in that little beige room with my boxes and books and shipping peanuts and the oppressive weight of my bad-friend doubt and the crushing burden of my bad-Christian dread of Sunday-school songs, I heard something awe-inspiring being born.

The first song I recall hearing was “Two Shirts” and I couldn’t believe how good it was. I found myself enraptured with Randall’s ability to dress Scripture in a musicality that made it, well, sing. In a very real way, he was making the Bible new to me. He was taking Scripture passages I’d heard a thousand times and giving me the opportunity to hear them in fresh new ways, and not only to hear them, but to sing them and memorize them. There are, without doubt, Bible verses that I can quote today solely because of Randall’s music. And with every new track I heard, it just kept getting better. What strange magic was this?

Anyone who knows me knows that I’m not wrong about things very often (if you are deaf to irony, turn the dial up to 11 when you read that). But I’m the first to admit that all my doubts about Randall’s Sing the Bible were off-base. In fact, while “Charlie Robin” is still one of my favorite songs, most of my favorite Randall Goodgame tunes are now, you guessed it, word-for-word Scripture. (Somewhere, right as you read that, Randall pumped his fist and made a stank-face.)

I’ve pondered this a lot, and I don’t know if I’ve ever actually told Randall, but here’s the really beautiful thing about this whole Sing the Bible idea. Randall is a great songwriter, and there’s a very real sense in which he’s given that part of himself, that part of his gift, over to the Lord as a sort of sacrifice. He, a songwriter, has removed his own words from his songs, and in turn has allowed his gift of music to be filled, literally, with the Word. And in that giving away of himself, he’s flourished in ways that fools like me certainly didn’t foresee. If that’s not the Gospel, I don’t know what is.

That’s quite a preamble to what I came here to say today, so let me get to it. 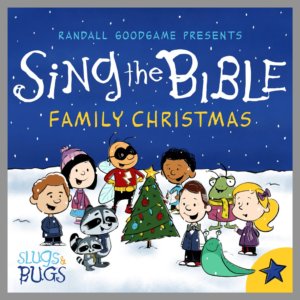 Last Friday, Randall quietly released the next volume of the Sing the Bible idea. It’s called Sing the Bible Family Christmas, and you need to buy it right now. Here’s why:

If you’ve paid much attention to Randall’s music, or if you’ve known him long, you’re sure to have noticed his love for Charles Schulz’s Peanuts cartoons. It’s part of Randy’s music. It’s part of his humor. It’s part of his wardrobe. It’s part of him. So when you listen to this record, I hope you’ll appreciate how thoroughly Peanuts is a part of this also. I don’t know how he did it, but I swear he’s actually got Peppermint Patty talking on one of the songs.

The album has a wonderful way of capturing the feel of those classic Peanuts holiday specials. From the jazz piano, to the children’s voices, to the playful hop in Randall’s melodies, it’s a blend of those old memories with the Gospel and with Randall himself that manages to sound like something new, yet familiar.

And dang if he didn’t go and write another of my favorite songs (with a co-write from the Apostle Paul, I suppose) in “When the Fullness of Time Had Come.” I don’t know how he does it. I mean, good grief, who would have thought Scripture would be any good. I’m sorry I doubted you, Randall. I was so very wrong. Thank you for making the Bible sing.