Don’t listen to Adam Whipple’s new record if you’re going through something hard. I mean, seriously, don’t. Don’t listen unless you’re ready to work through those complex, deep-down feelings inside you. But, if you are ready, then oh, boy; The Broken Seasons will deeply reward you.

A month ago I lay awake at 3 a.m., in a state of lonely, turbulent uneasiness. I lifted prayer after prayer, petition after petition, but I still couldn’t shake the unrest. Our family hasn’t had it easy lately, and it all came to an emotional head that night. My wife was away at a conference, and I was all alone. Still, God found me there, but not in the way you might think. Not by immediately calming my spirit, or guiding me to Scripture. Instead, he reminded me of the music I’d been saturating myself in for the last few days.

Fragments of several songs drifted through me, but most gloriously, the second track, “Two Lights,” became the refrain I clung to in the wee small hours of the night.

Singin’ Glory, Hallelujah
Oh, the dawn is fair of face
And I’ll lay my broken trophies
And my sins upon your grace

I was awash in the image of God and I drifting closer together on the water, then finally finding each other in “the watches of the night.” Then, the knowledge that “the dawn is fair of face,” that the sun would be coming up again soon, led me back to rest. I still couldn’t fall asleep, to be sure, but my spirit softened. My runaway thoughts slowed, and I began to feel more whole. Whipple is joined by Adeem the Artist to create what’s undoubtedly a modern day spiritual, and it’s the number one star of the album. 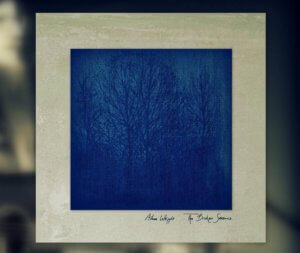 Whipple is peddling that rare brand of balm on this record, the absolute truth. The radical notion that because our lives aren’t simple, neither is God’s grace. God doesn’t trade in easy answers, because our difficulties aren’t easy. But he does understand them, and he stands with us in the difficult times. During the first verse of “It’s Been So Long,” Whipple sings, “I can trust you if you’ve suffered/I can deeply drink your words.” In the world of this record (which just so happens to be the world we live in), Christ understands our afflictions and gives us the kind of love that really means something.

You might think this is a heavy record based on what I’ve said so far—one that lays over you like a capstone, but the opposite is true. Whipple provides a bright hopefulness along the way. The album sparkles when he brings to life the mundane and shows God’s place in it. In “Faraway Land,” he treasures even the tedious things of the world, as he longs for its redemption:

I pray for my neighbors; I cook for my wife.
I sing for my children; I beg for my life.
‘Cause one day I’ll hammer the strings of the chord
And the bluesman will sound out his glorious horn

Last week, I went to see a movie about an evil clown who terrorized a small Maine town in the ’80s. It’s a good movie, not great, but what’s wonderful about it is the memory it manages to evoke. These kids, these friends, ride their bikes together through the town. They don’t have cell phones or smart watches. They play, make fun of each other, and live that summer together. I left the theater with a longing for something long gone. The Broken Seasons accomplishes a similar feat. Whipple conjures a vision on this record, a vision of a place none of us have seen, but one we all recognize.

Whether it’s the communal feeling of “North Town Evening,” with its “bottle-tree summers” and “blue notes strung like a rosary,” or the way Whipple sings about the complexity of God’s grace, The Broken Seasons evokes nothing less than that most basic desire—coming home. A lesser artist would attempt to do so by painting a simple and rosy version of the world. Whipple doesn’t shy away from the ugly parts. Instead, he tells us how God has redeemed even the difficult parts of home, the dark things that, in our fits of nostalgia, we often gloss over.

Equal parts Rich Mullins and Garrison Keillor, The Broken Seasons eschews modern, simplistic views of the grace and wonder of God and, in their stead, gives us complexity and a nod to a shared nostalgia that is both redemptive and clear.

Contribute to Adam’s Pledge Music campaign here. There are many levels of support, and lots of goodies in exchange for your contribution.

[Adam Whipple is in the last week of a Pledge Music campaign to finish production of his new record The Broken Seasons. Click here to support Adam on Pledge.]

John Barber is a music lover, film nut, husband, and father. Last year he set out to watch 365 films in one year, and he lived to tell about it. That means he's seen more bad movies than we even want to think about.