“Abundance and the Sound of the Shepherd”

[Editor’s note: Throughout Lent, Sandra McCracken will be sharing weekly writings, each of which is tied to a song from her new EP, Songs from the Valley, available at her website. Below you will find the second of these writings, to be read alongside her song, “Reciprocate,” which you can listen to here.]

Kenny Rogers’ voice still rings in my ears, circling like the grooves of the old 1970s
record player, “You’ve got to know when to hold ‘em. Know when to fold ‘em. Know
when to walk away, and know when to run.” Song number two on my new album,
“Reciprocate” is maybe a loose interpretation of “The Gambler.”

We don’t talk much about discernment these days. It’s sort of an old-fashioned
virtue. But being able to discern truth from fiction is an essential survival skill.
Learning to differentiate the trusted voices in our lives is important work.

When I put on one of Sara’s songs, her voice settles like an heirloom blanket
wrapped around me. As I hear her sing, I can believe in spite of whatever
circumstances might be swirling around me that everything is gonna be ok.

When my fiancé leaves me a message at dawn on Sunday morning before church, his voice supports me long-distance like an oak tree, with warmth and strength that
holds a thousand rings inside it.

And I can also remember my Dad’s voice in a moment a few years ago when he
patted my shoulder and said, “You’d make one heck of a runner.”

The sound of a trusted voice has the power to speak something substantial into
being. The recognition in a trusted voice is like a song, like a familiar refrain. “In the
beginning was the word, and the word was with God and the word was God.” (Jn.
1:1) There’s something mystical and holy about God being the word, speaking the
word, and embodying the melodic voice that carries the word into our hearts and
leads us on.

A bit later in John’s letter, Jesus tells his friends about the voice of the Good
Shepherd. (John 10:10) The sheep know his voice, they recognize it when he calls
and they won’t listen to the voice of another shepherd. They are his. They belong to
him. And by the sound of his voice, the sheep learn ‘when to walk away and when to
run.’

Abundance is freedom and beauty so vast that it swallows up any small attempts of sabotage or violence or failure.

When I think about God’s voice, and the power of his invitation to bring his sheep
safely in and out of pasture, I think about abundance. When I think about
abundance, I think about this place I visited on a retreat out in Malibu, B.C. If you’ve
ever seen the Young Life camp up there, there’s this breathtakingly beautiful
mountain landscape stretching out in every direction. In the middle of the water,
there’s a small island with pine trees, bald eagles nesting in the tops. If you throw a
rock out there in the water, as hard or as far as you can, it gets swallowed up in the
landscape before you can exhale. It is a picture of abundance.

Abundance is freedom and beauty so vast that it swallows up any small attempts of
sabotage or violence or failure. And we all know firsthand that the darkness of this world is intense. But in the landscape of God’s abundance, the darkness is no match for his mighty power. That darkness is like a rock hurled into the water, it makes a sound but then is quickly forgotten, swallowed up by a greater beauty. Beauty wins. Love wins. This is the economy of grace.

In the quiet questions, I’m praying that God would impress upon us the sound of his
own voice, that we would become so familiar with it that we could distinguish the
smooth talk of the enemy from the rich, comforting voice of our Shepherd.

Suggestion for Prayer: Read this excerpt from John 10 (Message).

“The gatekeeper opens the gate and the sheep recognize his voice. He calls
his own sheep by name and leads them out. When he gets them all out, he
leads them and they follow because they are familiar with his voice. They
won’t follow a stranger’s voice but will scatter because they aren’t used to the
sound of it.”

Imagine the voice of the Shepherd. What does he sound
like? What words does he say as he invites you out into the pasture in the
morning and back in again for safety at the end of the day? How might you
consider the ways his abundance can swallow up the darkness in your life?

Click here to listen to “Reciprocate” from Sandra’s new album, Songs From The Valley. 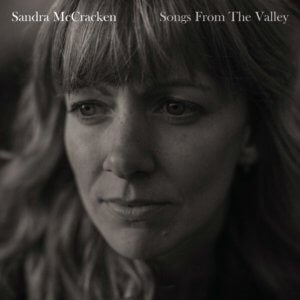