The Molehill, Vol. 5: A Mountaintop View

Each time I set out to put together a volume of The Molehill, I’m faced with a mystery. You see, unlike many magazines or journals, this isn’t a collection compiled according to a theme. There are few boundaries for what goes in and what stays out. “What are you looking for,” writers ask. I tell them to submit anything they’ve got; I’ll know it when I see it. But that itself is not the mystery. The mystery is that in an anthology of work that has no binding theme, a theme inevitably emerges.

This year’s volume was, for me at least, even more mysterious than those before it. It’s taken over a year to pull the book together, and I’ve felt more disconnected from it than in past years. We have lots of new writers included, and a month ago I still had no firm conception of what might bind these disparate creations into any kind of coherent larger work. And yet… 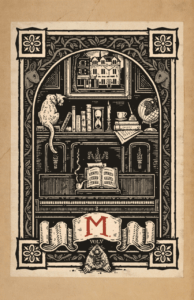 As I hovered over the chaos of the final collection of pieces and read through them, order arose. In Russ Ramsey’s tale of Vincent van Gogh’s painting “The Red Vineyard,” we have an account of a visionary artist grappling with futility. As Jonathan Rogers tells us of the troubled life of country singer George Jones, we hear of a man struggling to see past his demons and know himself for the treasure he is. In Adam Whipple’s poetry we hear the ache of things forgotten and run down and the longing for a new order in the face of the crumbling of the old. In Don Chaffer’s hilarious “Wilderness Journal” we see the Exodus in the fresh light of not only a pillar of fire but a bickering married couple. In Helena Sorensen’s essay about the interior landscape of the human heart, we learn to find holy ground in places we least expect it. Over and over again, these stories and reflections and poems unravel what we know and reveal fresh perspectives that dare to suggest that the world and our lives are more vital and more mysterious than we imagine. They tell us that we long for the mountains while we are yet lost in the hills.

In the end, these works turn to the eternal. In Dawn Morrow’s poem “Intermezzo” and Andrew Peterson’s “Lenten Sonnets,” and G. K. Chesterton’s “The Wild Knight,” we are delivered through the fog and into the hope of all things made new, into the clear air where we see at last the world as it really is and not as we feared it to be.

The Molehill’s tagline or motto is the Latin phrase e collibus montes: out of hills, mountains. I think this Molehill bodies forth that idea more surely than any past volume, for in these works, we learn that the smallest of us, even the most unworthy, may find our last home in the beauty of the high mountains. When our perspective embraces the full measure of that truth, we will see the distant hills for the small wonders they were.

[The Molehill, Volume 5, will be released on July 9th. It is now available for pre-order in the Rabbit Room Store.]

[Also a shout-out to Stephen Crotts for his amazing cover design!]