In late-November a group of volunteers and Rabbit Room staff filled the rickety living room at North Wind Manor to ship out over 1300 copies of Every Moment Holy, and I thought over and over again how much I loved the sound of laughter and conversation as people enjoyed one another’s company during a day of good work. Those sounds and that company is something we’ve always wanted for the Manor, and it’s one of the big reasons we’re so excited to see the renovation get underway. When the building is finished it’ll be a quiet, comfortable, book-filled respite from the outside world, and we want to fill it with those sounds of companionship and community for years to come.

Fundraising is well underway for the renovation, and Tuesday—Giving Tuesday—was a great opportunity to move it toward completion. As we’ve already announced, a generous donor has offered a matching grant of $160,000 that will get us a long way toward our final goal. And on top of that, on Giving Tuesday, Facebook matched $7,000,000 of donations. We’re still waiting to hear whether or not any of the $48,000 raised on Giving Tuesday will be matched by Facebook, but if any of those funds are, they will be quadrupled (matched by Facebook, and then matched again by our grant!).

Even so, there’s still a long way to go. So if you’ve been blessed by the Rabbit Room in the last decade, we’d love for you to come alongside us help us with this “barn-raising.” You can use the “North Wind Manor” link at the top right of this page at any time. 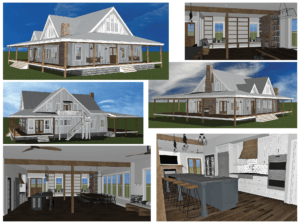 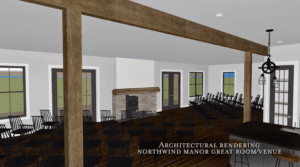