Today we are excited to share with you the third episode of our new podcast, The Second Muse. In this episode, Drew Miller is joined by Chris Slaten (aka Son of Laughter) and Ben Shive to discuss Slaten’s song, “The Fiddler.” If you’re familiar with this song already, you know that it is complex, yet succinct; dense, yet lightweight. It feels like a three-minute peek into a vast landscape worthy of endless exploration.

If you’re new to The Second Muse, here’s the podcast in a nutshell: the title is taken from a Wendell Berry quote in which he references two distinct muses: the Muse of Inspiration, “who gives us inarticulate visions and desires,” and the Muse of Realization, “who returns again and again to say, ‘It is yet more difficult than you thought.’” 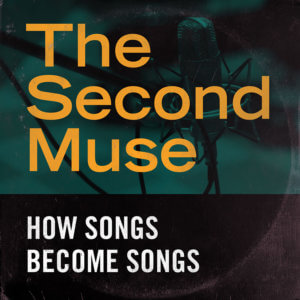 It is this second Muse of Realization with which we concern ourselves in The Second Muse, specifically in the context of songwriting and record producing. In each episode, Drew interviews a different artist along with their producer about a song that gave them a great deal of trouble, whether in the writing or recording process or both. The song is then explored from the inside out, breaking down the components of the mix and how each element works towards making the song effective as a whole.

You can listen to this newest episode of The Second Muse here.

Check out The Second Muse on Apple Podcasts here.

And click here to visit the Rabbit Room Podcast Network.