Our Advent Playlist on Spotify

A few weeks ago, we asked a handful of our blog contributors and artists in our community to pass along a song that captures the spirit of Advent for them, but in a somewhat unconventional way. The result is The Rabbit Room’s very first Spotify playlist on our brand-new Spotify account—we hope it can provide a useful, imaginative entry point into the remaining days of Advent. Click through to see the choices made by various members of our community, along with their reasons for choosing as they did. 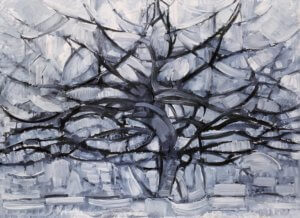 Click here to listen to our Advent playlist on Spotify.

“I Heard The Bells” by Beta Radio

Then in despair I hung my head
There is no peace on earth I said
For hate is strong and marks the song
Of ‘peace on earth, goodwill to men

“The Trumpet Child” by Over The Rhine

Not only is the song an epic about advent and the coming of the Kingdom, but it likens the work of the New Creation to jazz. That’s just awesome.
—Pete Peterson

“All My Days” by Alexi Murdoch

Music and lyrics that give voice to the ache of unfulfilled longing while declaring, as if certain from the start, that the conclusion is worth the wait.
—Janie Townsend

I relate to the struggle and tension between the cheerfulness of the holiday season and the brokenness of the world and our own hearts.
—Hetty White

“Everything” by Taylor Leonhardt

This song reminds me that time and change are not just great thieves of life, waiting to steal the seasons we love out from under us. Time and change allow us to receive the great gifts of God, even the gift of Himself.
—Kelsey Miller

To me, this is Andrew’s Light for the Lost Boy album as sung by the Ghost of Christmas Past.
—Jonny Jimison

“I Will Find A Way” by Jason Gray & Andy Gullahorn

This song reminds me that God doesn’t kick down the doors of my heart or worm his way in through the cracks; He does not deceive or violate, but He finds a way in all the same.
—Helena Sorensen

“Ravens,” the third track on Phil Elverum’s album about the loss of his wife to cancer, provides a desperately honest reminder of the depth of our need and Jesus’ willingness—even eagerness—to descend to those depths to be with us.
—Andrew Russell

The slow build of this instrumental piece encapsulates the feeling of hopeful waiting and yearning for a new beginning. Even as the song crescendos to its climax, it remains gentle: a beautiful picture of the advent of our hope—inspiring Savior as a gentle baby.
—Chris Thiessen

Stevens turns the original Rudolf the Red-Nosed Reindeer song “Silver and Gold” into a song of lament for the commercialization of Christmas and longing for the return of Christ. While he has only added a few new lines, the original lyrics betray themselves when set to a new mournful melody.
—Chris Slaten

“She Waits” by The Gray Havens

This song puts words to the longing, lament, and centuries of holding out hope for God to remember His covenant.
—Rob Wheeler

You don’t comprehend Bon Iver songs with your logical brain, and I have no idea what it’s actually about. But somehow this makes me feel the ache for rescue, the beautiful chaos of waiting, and the spirit of the first dark nights of Advent. (Notice the Psalmist’s cry at the end: “Why are you so far from saving me?”)
—Jen Yokel

This song hits several major Advent themes: briskness and urgency (“running on the hillside” in the song’s first line), the sting of longing, and the beatific vision of every good thing restored.
—David Mitchel

“That Was The Worst Christmas Ever!” by Sufjan Stevens

I would not say this is the song that most captures the spirit of Advent to me, but in many ways it symbolizes waiting and being in liminal space. I love the haunting vocals and the juxtaposition between the sad reality for this family at Christmas time and the line, “In time the Lord will rise.” I am always drawn to music that holds the light against the dark.
—Jill Phillips

“Bristlecone” by The New Empires

The bristlecone pine is one of the oldest species of trees still living on the earth. This song enters into the imagined memory of this tree, supposing that it watched all the major developments of the human story. I love that with all this tree has seen, it somehow manages to conclude, “I’ve seen proof that all is not lost.”
—Drew Miller

Click here to listen to our Advent playlist on Spotify.

Have any songs jumped to your mind as you’ve read? Please share in the comments!