What The Office Taught Me About Christmas

One of the more odd Christmas traditions that my wife and I have developed over the last few years is re-watching all of the Christmas episodes from everyone’s favorite workplace comedy, The Office.

During its run and since, the show has worked its way into our pop culture parlance and our psyches. Who can forget Classy Christmas, the epic Jim/Dwight snowball war, or Belsnickel (“Judgment is nigh!”)? Beyond just providing us laughs amid awkward work situations though, I’ve come to realize that watching The Office Christmas episodes has taught me a thing or two about Christmas itself.

The simultaneously best and most painfully awkward Office Christmas episodes revolve around the travails of Michael Scott, Dunder Mifflin’s hapless boss. After watching the show several times, you begin to realize that underneath all of Michael’s social awkwardness and inappropriateness is this deep loneliness and desire to be loved. He views his employees as a surrogate family and is always trying to get them to bond together, much to their chagrin.

In the very first Christmas episode in Season 2, Michael has had to fire an employee in the midst of a tough year for the company, so he wants to make the annual Christmas party the best ever. He gets a tree that’s way too big, gives the Party Planning Committee more money out of his own pocket, and buys Ryan a $400 iPod for Secret Santa, even though everyone was supposed to only spend $20 on a gift. Of course, he also ruins everyone’s day by selfishly changing Secret Santa to Yankee Swap after getting a hand knit oven mitt from Phyllis.

Similarly, in Season 7’s “Classy Christmas”, when Michael finds out that his ex Holly is returning to Scranton, he insists on having a non-tacky, “cool” Christmas party to impress her. Everything has to be just right for her arrival. Of course, when he finds out she’s still with her current boyfriend A.J., he reacts in selfishness and jealousy by ruining the Woody doll that A.J. gave her and making a scene when confronted about it. Of course, he makes up for it later by being nice to A.J. when he surprisingly shows up, cleaning Woody, and actually paying loving attention to the other people around him, which gets Holly’s attention more than anything.

Michael, of course, is not the only one guilty of screwing up. The Office Christmas episodes also include Dwight exploiting dads by buying up the hottest Christmas toy of the year and reselling it to them at an exorbitant price, Angela cheating on Andy with Dwight, which Phyllis then uses to blackmail her and boss her around, Jim and Dwight going foolish lengths to one-up each other in their pranks, and a variety of other petty squabbles.

So what does any of this have to do with the greater meaning of Christmas?

In Michael and his employees, I see myself and all of us. Beneath his immaturity, Michael is desperately lonely and longs for love, and in his attempts to find love, he constantly screws up and overcompensates. In Jim, Dwight, Angela, Phyllis, Meredith, and the others, we see human beings caught up in pettiness, jealousy, and greed. Sound familiar? That’s the story of humanity. And do you know what the amazing thing is? God meets us there. The wonderful thing about Christmas is that it happens in spite of us, and comes as a demonstration of love and grace in the midst of our screwiness. 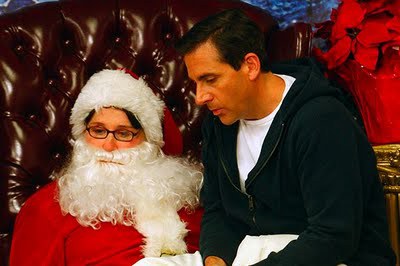 Of course, in watching The Office, we don’t just see the bad side of humanity. We see love as well. We see Pam making Jim a personalized comic book. We see Jim coming back to the Christmas party to wrestle over the pig rib with Dwight. We see Michael apologizing to Phyllis after making a petty display over the fact that she got to be Santa Claus. Christmas is about recognizing the love that has come to us, and then reflecting that same love into the lives of those around us.

The Office also reminds me that Christmas doesn’t always look like we think it should or want it to. Growing up in a family that had many wonderful Christmas traditions, it became important for me at some point to fulfill all these traditions in order for it to “feel like Christmas,” just like Michael needs everything to be perfect. In my case, I was trying to conjure up the good sense of mystery and wonder that Christmas brings by creating the perfect environment. While holiday traditions are wonderful, many times when it comes to Christmas we’re often trying to manufacture a feeling or a moment, or else Christmas doesn’t seem genuine. We’re trying desperately, like Michael, to fill this void that only transcendent love can fill. But what does Christmas really feel like or look like? It looks like a couple far from home, with no place to stay, giving birth to a child in an out of the way place, under the shadow of disgrace. That’s how divine love and wonder arrived. Christmas often comes when we least expect it, in the meanest of circumstances, to the unlikeliest people that don’t seem to deserve it, like that annoying colleague you work with.

In the end, Christmas seemed to always work out at Dunder Mifflin, the pettiness and in-fighting gone for a moment or two while Angela sang “Little Drummer Boy,” or the gang filed out into the parking lot, playfully tossing snowballs at each other. And whether we are ready or not, Christmas always arrives waiting for us, there in the midst of our humanity, if only we have the eyes to see it. 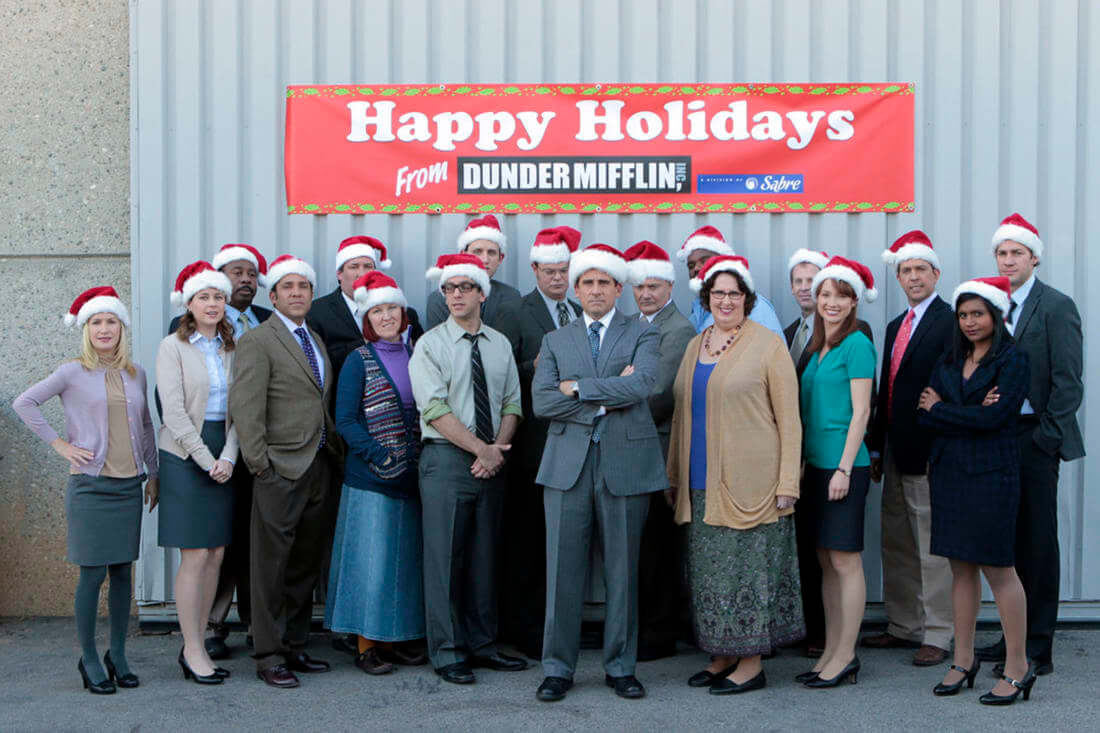